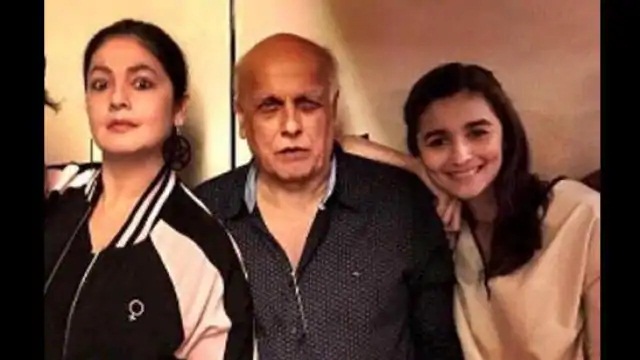 Pooja Bhatt has shared the note of her father Mahesh Bhatt on social media. Mahesh has written this note about his upcoming film Sadak 2. Let us know that Mahesh and Alia Bhatt are working together for the first time through Sadak 2. Mahesh has written his feelings about the film, which Pooja has shared on her Instagram account.

Mahesh Bhatt wrote, ‘Pooja … We taxi drivers say that before the journey starts, we own the journey, but when the journey starts, the journey is the owner. I have no burden, no weight, no reputation right now. No one needs to prove anything. If the film goes on, then it is your film and if not, I will be responsible for it. You all loved and supported me so much. Now I feel like an independent bird. I love this film very much because this film is made with the hard work of all of you.

Note from my father- Pooja my Gladiator 🔥🔥🔥. “ Hum taxi driver yeh kehtey hai ke safar shuru honey se pehley hum safar ke malik hotey hai magar jab safar shuru hotaa hai to safar hi malik hotaa hai.” Today as we begin the last leg of our journey.I feel unshackled! I carry no burden, no weight. No reputation to hold on to. No mission to accomplish. Nothing to prove to anyone. If the film works it belongs to all of you. If it does not, it’s mine.That’s the duty and also the privilege of the Director . You all gave me so much love and support for which I am very grateful. I love this film because each one of you made this possible. Ahh now I feel like a free bird. My wilderness is calling me. Saying “Mahesh chalein? “ #Sadak2 #sadak2diaries #visheshfilms #🖤

Let us know that a new poster of Sadak 2 has been released recently. While sharing the poster, Alia wrote, “And look here, Sadak 2, Pyaar Ki Sadak is the only Sadak you can take”.

Sumit Vyas will be seen in the new thriller web series, something will be his character

Shilpa Shetty did a Ghadar dance with her mother-in-law, the video is going viral

The face of any actor is not visible in this poster but Alia Bhatt, Sanjay Dutt and Aditya Roy Kapoor are present in the poster. ‘Sadak 2’ was scheduled to be released in theaters in the month of July but due to Corona’s hit, the producers of the film had to change their decision. Now this film is releasing on OTT.

‘Sadak 2’, which came in the year 1991, is being said to be a sequel to Pooja Bhatt and Sanjay Dutt’s film ‘Sadak’. It is being produced by Special Films and Fox Star Studios.