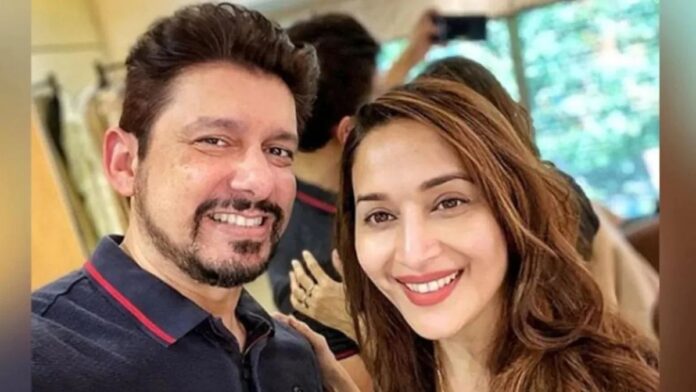 Madhuri and her husband Ram Nene are Madhuri’s husband Sabudana Khichdi in this video. Ram is cooking in the kitchen. Ram is making sabudana khichdi. Madhuri is telling them how khichdi will be made. In the video, Ram asks Madhuri what Cumin says in Hindi, then Madhuri says it is Jeera. The video is very funny.

Sharing this video, Madhuri wrote – “Sabudana Khichdi” Aikonch Bhuk Lagali na? 😋 Come, learn with me and Ram how to make sabudana khichdi my all time favorite.

It is known that at the time of lockdown, Madhuri Dixit had also taught people to dance online and told them ways to remain stress free. Those efforts of Madhuri won everyone’s heart and the actress was highly praised. Apart from this, Madhuri Dixit has done a haircut of her husband Ram Nene. Ram Nene shared a beautiful photo with his wife on social media. Sharing that photo, Ram himself told that Madhuri has done her haircut.

Madhuri Dixit was seen in the film Kalank on the work front. It was a multistarrer film. The movie had stars like Sanjay Dutt, Varun Dhawan and Alia Bhatt.