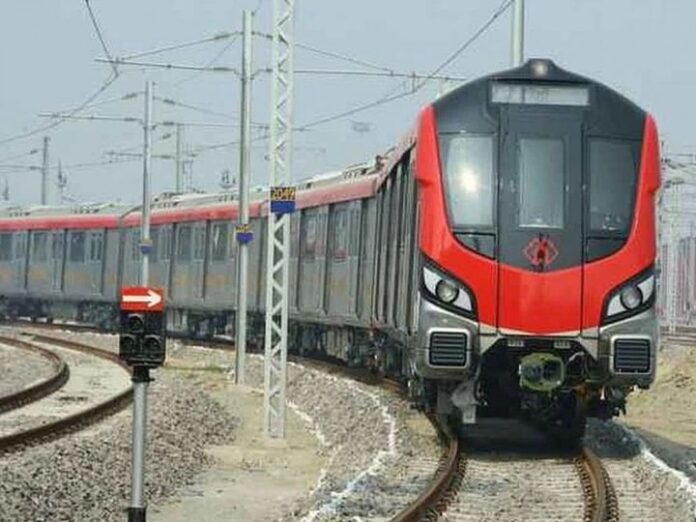 Lucknow: Uttar Pradesh Metro Rail Ultra Violet (ultraviolet) has become India’s first metro service to sanitize metro coaches with rays. This is a new initiative in the direction of ensuring safe journey of passengers from the metro. Taking inspiration from this system after successful testing by New York Metro, Uttar Pradesh Metro has become the first metro service to do so in India.

In a statement issued on Friday by the Uttar Pradesh Metro Rail Corporation (UPMRC), it was said that earlier, the Metro Metro had also successfully used to sanitize the metro travel tokens with UV rays, which is continuing successfully. This technology was developed by UP Metro itself, which has proved to be a very important technology after Kovid. Taking this sequence further, now UPMRC has started the process of sanitizing the entire train with ultra violet rays.

Approved by DRDO in October 2020

According to the statement, Lucknow Metro has developed a UV lamp in association with a private company manufacturing sanitization equipment which works on ultraviolet disinfectant radiation system. The statement said that micro-germs are destroyed through ultra violet-C rays with short wavelengths of up to 254 nano-meters in this device. These rays destroy the DNA and nucleic acid of these micro-organisms and destroy them. The device was approved by DRDO in October 2020.

At the same time, the cost of using this device also comes down considerably. Sanitization from UV lamps is also much cheaper than sodium hypochlorite. According to one figure, sanitization through UV lamp will also reduce the cost by 40 times. Through this tool being used in UPMRC, all coaches of a metro train can be sanitized within 30 minutes. One minute after turning on this device operated via remote, the radiation starts coming out of the machine.

Operation theater is sanitized with this type of equipment

Significantly, in the medical field, this type of equipment is used to sanitize the operation theater. On the use of UV sanitization equipment, UPMRC Managing Director Kumar Keshav said, “Safety and convenience of passengers is our first priority. When we started to sanitize tokens through UV radiation, we still got positive response from the passengers. “Now we have started the process of sanitizing the entire train through UV. Through this new initiative, we assure the public a safe journey.

After a breakup with Ranbir Kapoor, Katrina Kaif was in depression,...

Sana Khan appeared for the first time after four months of...