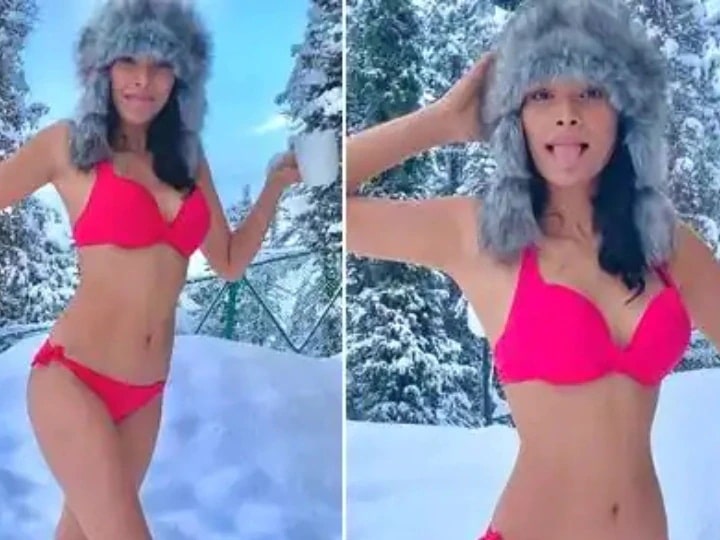 Lopamudra is wearing a pink color bikini in the photo and is wearing white shoes as well as a gray color hat. Lopamudra is seen enjoying her coffee in a bikini among the snowy hills. Along with sharing the photo, Lopamudra wrote in the caption, ‘Snow what.’ Lopamudra is looking very beautiful and fit in these bikini photos. Fans have become fascinated by seeing these photos of them. These photos of Lopamudra are becoming viral on social media.

Let me tell you, Lopamudra Raut appeared in Salman Khan’s show Bigg Boss Season 10 Lopa won the hearts of the fans in the show and her different style was seen by the audience. Significantly, this is not the first time that Lopamudra’s pictures are going viral, even before that many glamorous pictures of Lopamudra have gone viral.