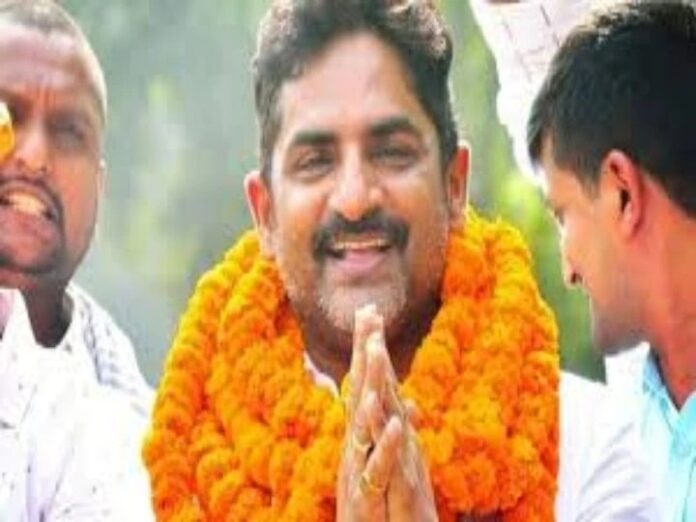 Patna: Bihar assembly elections are over. The NDA government has also been formed under the leadership of Nitish Kumar. But the game of team change is still going on. Even now, leaders are turning to political equations. In the midst of this change of party, the discussion of Rajkumar Singh, the only LJP MLA in Bihar to join the JDU has started gaining momentum.

In the midst of these discussions, LJP MLA Rajkumar Singh has met former JDU National President and Chief Minister Nitish Kumar at his residence on Thursday. After this it is believed that soon he can join the JDU. Before the expansion of the cabinet in the state, this thing is also being given air because recently, Rajkumar Singh was also seen on the occasion of the release of a book at the house of Ashok Chaudhary, a minister in the Bihar government.

After meeting the two leaders, it is being speculated that the Matihani MLAs can join the JDU. After the book demotion, he also praised Nitish Kumar. At the same time, LJP had said about joining Nitish Sarkar that this is a matter of the party.

However, amidst the discussions, Rajkumar Singh has ruled out the possibility of joining the JDU. Speaking to ABP News, he said that Nitish Kumar is the Chief Minister of the state and he has to meet for the development work of the area. It was a formal meeting. No political significance should be taken out of it. The MLA also told that this was the first time after becoming the Chief Minister, when he came to meet Nitish Kumar.

Let us know that in the Bihar Assembly elections 2020, the LJP won only one seat. On the election symbol of his party, Rajkumar Singh was in the fray from Matihani assembly constituency of Begusarai. Despite the entire party being eliminated from Bihar, Rajkumar Singh was one such candidate who ensured his victory.

It is worth noting that recently, BSP’s only MLA Jaman Khan has also joined the JDU. In such a situation, if Rajkumar Singh also joins JDU, then there will be nothing new.