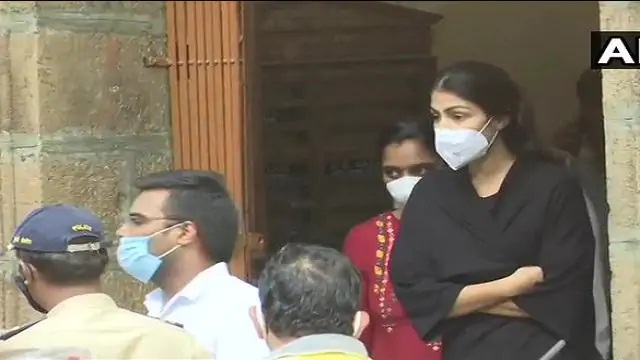 Riya Chakraborty is in Mumbai’s Byculla Jail in the drugs case related to the Sushant Singh Rajput case. Today is the fourth day of Riya Chakravarty in Mumbai’s Byculla Jail and she is currently in judicial custody till 22 September. Riya has neither a bed nor a selling fan in the jail. Riya Chakraborty is also living next to the cell in which Indrani Mukherjee, accused in the Sheena Bora murder case, is living.

According to the NDTV report, Riya Chakraborty has not got a bed and selling fan in jail. Sources told this TV channel that Riya Chakraborty has been given a mat (mat) to sleep in Byculla jail. They have neither received a pillow nor a bed. According to the officer, if the court permits, they will be provided with a table fan. Particular security is being maintained for his cell. Two guards are present in three shifts.

If sources are to be believed, it has been decided by the jail administration to keep Riya Chakraborty in a separate cell keeping in mind the security. As the main accused in Sushant Singh Rajput death, he may be in danger. Let us tell Riya that Sushant Singh’s father KK Singh has accused the actor of abetting suicide.

Riya also got shocked by the court

Earlier on Tuesday, the magistrate court refused to bail Riya Chakraborty. Riya then tried for bail a second time, which also shocked her. Now Riya Chakraborty is considering knocking on the door of the High Court. His lawyer Satish Manashinde said that after getting a copy of the court order, he would consider the decision of going to the High Court next week.

NCB Lockup Last night
, Riya was remanded to judicial custody by a local magistrate in Mumbai till September 22 last night after being arrested by the NCB and produced in court. Because according to the jail manual, there is no entry of any prisoner in the night, Riya was kept in the lockup of NCB on Tuesday night. He was sent to jail the next day on Wednesday.