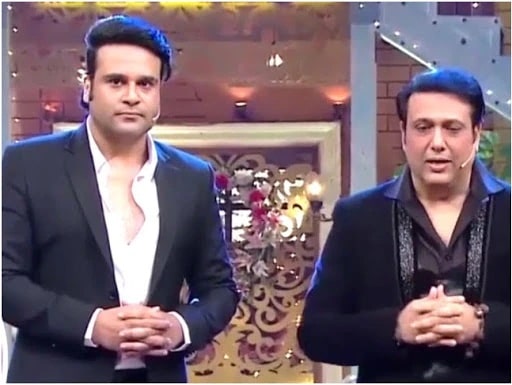 Actor-comedian Krishna Abhishek is always in controversies about his relationship with his maternal uncle actor Govinda. Many times headlines are made about bitterness between them. However, Krishna says that his statement is often distorted.

In a special conversation with the media, Krishna says – “It has happened many times that when I said something about my maternal uncle, some part of the statement was twisted. Like if I said that I love Govinda very much, but why are he doing this to me. Then only the last line becomes news headlines. ”

Krishna further says- “It hurts me.” I think what I want to say is that it reaches out to other people by distorting them. Misunderstandings also arise with this. If you also make a general statement, then the small part of it is twisted. ”

Krishna OMG: In the seventh season of “Yeh Mera India”, he is going to be seen as an anchor. According to Krishna – “Because of such negative news, their relationship is affected.” “They say-” This has happened two or three times. Once there was an issue about John Abraham, but the real thing never reached him. Controversy has increased due to negative news many times regarding the relationship with the maternal uncle. I feel that instead of talking to the media, I should have gone live on Instagram. But I can not do that. Because if you do this then people will feel what has happened to me. ”