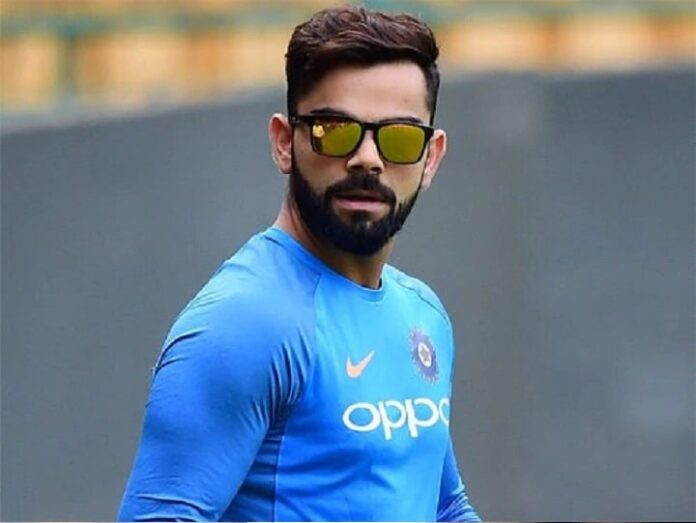 Team India, which performed in the Test series, has a very disappointing start in the T20 series against England. The Indian team suffered a crushing defeat by eight wickets in the first T20 match played at the Narendra Modi Stadium in Ahmedabad. Kohli could not even open his account in this match, due to which an unsolicited record has been recorded in his name.

In this match, Virat Kohli became the victim of England leg-spinner Adil Rashid. This was the 14th time as captain in international cricket when Kohli could not open his account in the match. With this, he has become the Indian captain who has been dismissed for the most number of times. Before this, this record was in the name of former captain of Indian team Sourav Ganguly, who has been out for zero in international cricket 13 times. Mahendra Singh Dhoni (11) is third in this list, Kapil Dev (10) is fourth and Mohammad Azharuddin (8) is at number five.

IND vs ENG: Kohli’s name recorded an unspent record, became the most Indian captain to be dismissed for zero most times

This is the 28th total in international matches when Kohli returned to the pavilion without opening an account. However, the record of the most number of dismissals by India is in the name of Master Blaster Sachin. Sachin has been out without opening an account in international cricket 34 times. After this, Virender Sehwag has been out 31 times and Saurabh Ganguly 29 times.

In the first T20 match, Virat Sena suffered a crushing defeat by eight wickets. After winning the toss, England, bowling first, restricted Host India to just 124 runs in 20 overs and then chased down the target easily at the loss of 2 wickets in just 15.3 overs. Fast bowler Jofra Archer was the hero of this stunning victory of England. He took three crucial wickets for just 23 runs with a maiden in his four overs. In view of his performance, he was also awarded the Man of the Match. At the same time, Jason Roy scored the highest 49 runs for England in batting. Apart from this, Jos Buttler contributed 28, David Malan scored 24 not out and Jani Bairstow contributed 26 not out.