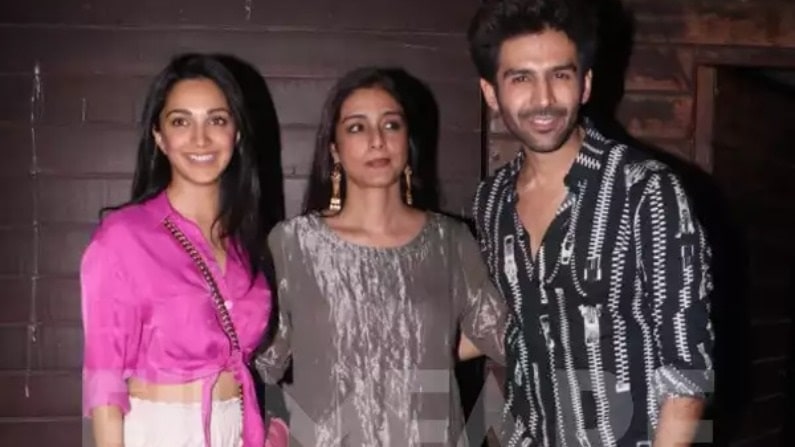 Kartik Aaryan has been shooting for his film Bhool Bhulaiya 2 for the last few days and meanwhile, Karthik has shared a post that has upset the fans. Karthik posted on Monday that he has become corona and pray for him. Fans have been praying for the actor to recover as soon as possible after this news. While shooting for Maze 2 has stopped. Now another big update has come out.

Tabu’s heartbeat is going to increase due to Kartik’s Kovid being positive, in fact, Tabu was not coming to the set of Bhool Bhulaiya due to Kovid’s fear, but then she came for the shoot only a few days ago. Now, Tabu must have felt scared due to Kartik being Kovid positive.

Tabu and Kiara to have corona test

After Karthik Aryan is corona positive, his co-stars Kiara Advani, Tabu and even director Anees Bazmee will reportedly undergo their corona test on Tuesday. According to the news of ETimes, Kiara and Tabu will also be tested now. Tabu was shooting with Karthik on Sunday, but Kiara did not shoot together, although Kiara and Karthik recently did a ramp walk together.

The team shot for its Manali schedule and then recently started shooting for the film in Mumbai. Although Karthik does not appear to have any symptoms of corona, he is taking the necessary precautions. Now the fans are already praying for Tabu and Kiara

Z Plus was seen in bio bubble

In fact, a few days ago Karthik shared a photo from the film’s set in which he was seen with Kiara, Tabu and the director of the film. Along with sharing the photo, Karthik wrote, ‘Tabu ji is welcome back, but he has refused to come out of this bubble. Tabu brings her own portable Z Plus Plus bio bubble.

Let us know that the release date of Bhool Bhulaiya has been announced a few days ago. The film will be released on 19 November 2021. By the way, this is not the release date but a test for Karthik because in the earlier part, Akshay Kumar was in the lead role and Akshay had done wonders in this film. Akshay’s comedy viewers and critics liked it so much that this film was a superhit. So now it has to be seen whether Karthik will be able to do the same or not.

This is Karthik’s first film of this year. There is no announcement of the release date of Karthik’s film Dostana 2 and Dhamaka. Jhanvi Kapoor is in the lead role with Karthik in Dostana 2.