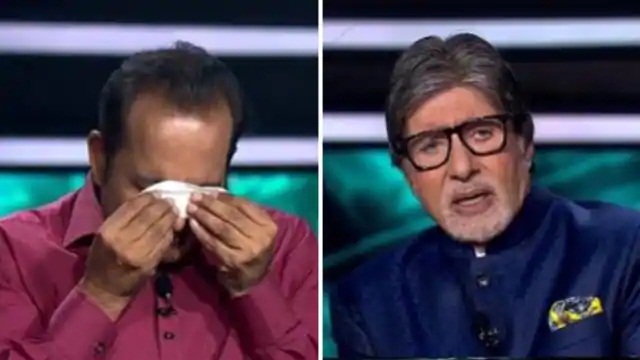 The TV show ‘KBC 12’ has entered its second week. In Monday’s episode, Pradeep Kumar Sood of Amritsar made his debut on the hot seat. In such a situation, the story of Pradeep Kumar Sood was shown, which Amitabh Bachchan also became emotional after listening to.

Actually, Pradeep Kumar’s mother-in-law had been waiting for her son to reach KBC for the last 20 years. Every year, he read newspapers and filled copies and diaries for Pradeep, so that Pradeep’s selection would be made in KBC. Many times his mother-in-law even scolded Amitabh Bachchan, because Pradeep’s number did not appear in the KBC. In 2020, when Pradeep’s number came in KBC 12, Mata ji was very happy.

A post shared by Sony Entertainment Television (@sonytvofficial) on Oct 4, 2020 at 11:50pm PDT

Seeing this story, Amitabh Bachchan also became very emotional. Seeing the story, he said that whenever it comes to mother, everyone gets emotional. In such a situation, he asked for mother-in-law that now your son has reached the hot seat and is answering all the questions and moving forward. We hope he returns home after winning a lot of money.