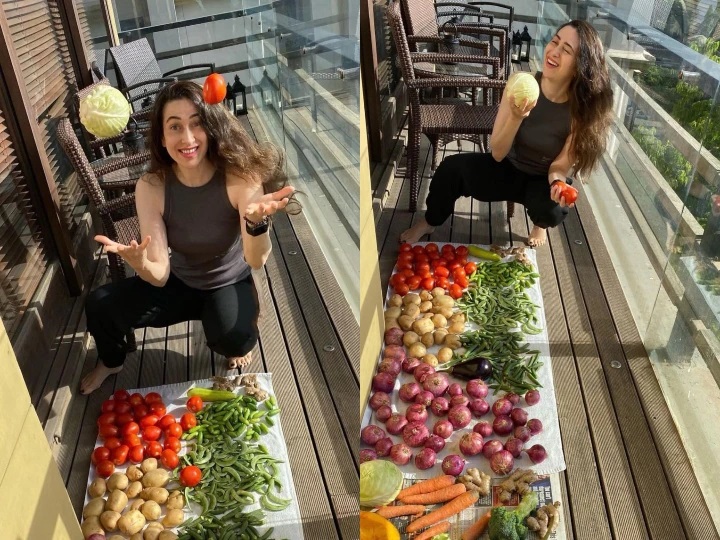 Bollywood’s popular actress Karishma Kapoor has been away from films for a long time. However, his stardom still remains among the fans. After doing more than one superhit films, Karishma is enjoying both her life. He is often spotted with his sister Kareena Kapoor. Karishma may be away from films but remains very active on social media. Karishma keeps sharing photos and videos with her fans. Recently he has shared a video. In this video, Karishma is seen washing vegetables and drying them. She is also playing with him. Fans are enjoying this video very much. This video is now becoming increasingly viral on social media.

In the video, it can be seen that Karishma is sitting on the balcony of her house and washing vegetables and drying them in the sun. She is also seen playing with vegetables. Karishma is seen very happy in the video and is enjoying the weekend. Happiness is evident on his face. More than 2 lakh people have liked this video so far. Karishma’s fans are also reacting fiercely to this video.

On this video of Karishma, the fans are fiercely giving their reactions. One user wrote, “Such work comes out on weekends.” Another user wrote, “Your face makes a laugh.” At the same time, one user asked Karishma, “When will you be seen again on the big screen? I want you to do another film with Govinda.” Please tell that on the big screen, the pair of Govinda and Karisma was well liked. The two together have done many blockbuster films including ‘Hero Number-1, Raja Babu, Coolie Number-1’.