Karisma Kapoor and Kajol’s names are also included in the list of actresses who dominated Bollywood actresses in the 90s. Both these actresses stepped on the silver screen in a span of one year. While Kajol made her Bollywood debut in the 1992 film ‘Bekhudi’, Karisma Kapoor appeared for the first time in ‘Prem Prisoner’. Both of their first films were badly beaten at the box office.

Karishma Kapoor Vs Kajol: Despite making a flop, both of them became Bollywood’s top actresses, know how?

Also, there was pressure on them to prove themselves because both of them were daughters of Bollywood’s leading actresses. Karishma is the daughter of Kapoor family and her mother Babita had also been a well-known actress. On the other hand, Kajol’s mother Tanuja also achieved tremendous status with her acting talent. However, these daughters of Babita-Tanuja managed to achieve their place in the industry.

Karisma did not give up in her career after the first film flopped. Her pairing with Govinda became a hit and films like Raja Babu, Coolie No. 1, Sajan Chale Sasural were hits, but after that Raja Hindustani, who came in 1996, changed the direction of Karishma’s career. This film is the highest-grossing film of his career so far. Immediately after this film, Dil To Pagal Hai, which came in 1997, reached his career high.

Karisma received the Best Actress Filmfare Award for ‘Raja Hindustani’ and the Filmfare Award for Best Supporting Actress for ‘Dil To Pagal Hai’. At the same time, Kajol also established herself in Bollywood by doing iconic films like ‘Dilwale Dulhania Le Jayenge’, ‘Kuch Kuch Hota Hai’ after Baazigar. Kajol married Ajay Devgan and now she has become the mother of two children. Overall, the journey of both actresses was excellent in Bollywood. 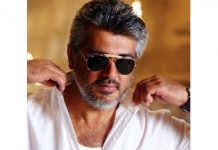