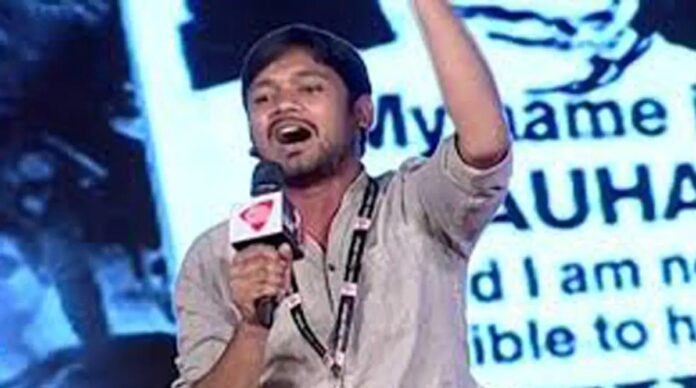 Kanhaiya Kumar, young communist leader and former president of JNU Students’ Union, admits in some cases to compare himself to Prime Minister Narendra Modi that we both have the same family background. Despite this, I am not like PM Modi. In an interview given to Lallantop, Kanhaiya was compared to PM Modi on the basis of poor family background and often referring to the mother in the talks. However, Kanhaiya’s reply on the issue of poverty was shocking.

I don’t sell my poverty

In the interview, when asked that you also mention your poverty background like Prime Minister Narendra Modi , Kanhaiya Kumar replied that I do not sell my poverty like PM Modi.

It is true that you cannot hide your background. But as people refer to their background as per their convenience, I did not make their poverty background a political selling point in that way.

Kanhaiya also said during the interview that today there is face politics everywhere. Issues are backward and face is forward. I am not about face politics. I like to do issue politics. Faces keep on coming. Keep changing But the issues are permanent.
The real topic of politics is the issues that directly concern the public.

I’m not a pop icon for left politics

Kanhaiya Kumar also termed this as wrong in which he tries to present him as the new pop icon of left politics. Without naming PM Modi, he said that people find face in every political stream today. I am against it I am not the face of any ideology. I consider the politics of the issue to be the most important. Even if I am not, this thing will remain relevant in politics.

Talk about farmers and laborers

In another case, Kanhaiya tried to differentiate himself from PM Modi. In the interests of farmers and laborers, Kanhaiya said that there should not be only talk about these people. I am not just in favor of things. I am different in this matter. Today, anyone who questions the shortcomings of the system is considered a leftist. This is also wrong. It is important to raise a question.