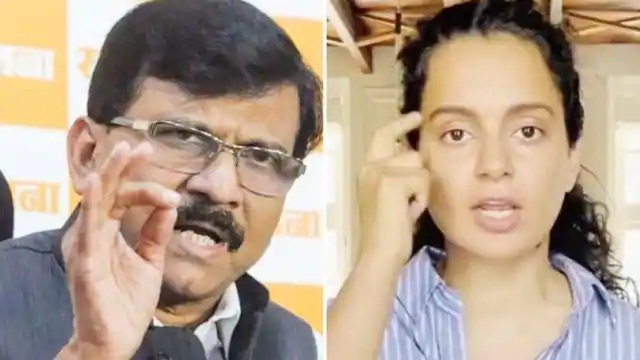 The debate between Kangana Ranaut and Shiv Sena leader Sanjay Raut continues. Recently, Sanjay Raut said that no leader of Maharashtra (BJP) was saddened by the way the state (Maharashtra) was insulted. Kangana gave her reaction by tweeting on Sanjay’s statement. Kangana said, ‘Wow, unfortunately BJP is saving a person who busted drugs and mafia racket. BJP should allow Shiv Sena goons to break my mouth, rape or lynch me, no, Sanjay ji After all, how dare he save a young woman who has stood against the mafia?

In the face of the Shiv Sena, Sanjay Raut wrote that sitting in Mumbai, he speaks in the language of hurrying towards the Chief Minister of Maharashtra. Talking of a challenge and there is no response by the people of Maharashtra, what is this unilateral independence? His illegal construction hit the hammer, so it was my Ram temple, he did this drama. But he did this illegal construction in ‘Pakistan’ declared by him in violation of the law. Calling Mumbai a Pakistan and beating the chest of a surgical strike on illegal construction located in the same ‘Pakistan’, what kind of a game is this? Not all, at least half of the Hindi film industry should have come forward to protest against the humiliation of Mumbai.

Akshay should come forward in this case: Sanjay Raut

Sanjay Raut further wrote, ‘At least big actors like Akshay Kumar etc. should have come to the fore. Mumbai has also given them. Mumbai has given it to everyone but many have trouble expressing gratitude in the context of Mumbai. The houses of the rich around the world are in Mumbai. When Mumbai is insulted, all of them sit down bowing their neck. The importance of Mumbai is only to exploit and earn money. Then if someone rapes Mumbai every day, it will work. All of them should keep in mind that ‘Thackeray’ has the command of Maharashtra in his hands. ‘