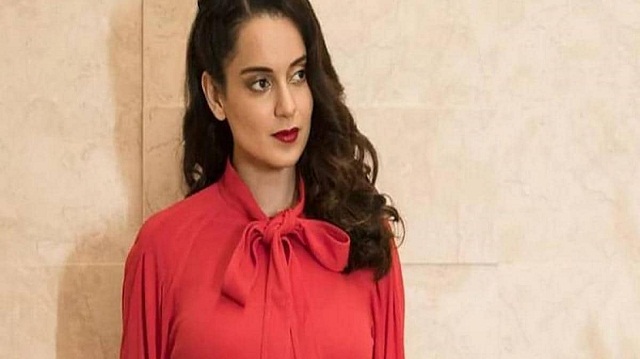 This reaction of actress Kangana Ranaut has come on the statement of Shiv Sena MP Sanjay Raut in which he said that it is sad that BJP is standing in support of Kangana Ranaut.

The Sena mouthpiece Saamana states that ‘Manpa was mentioned as’ Babar’ after the Municipal Corporation took action on the illegal construction of a canopy insulting Mumbai. The Bharatiya Janata Party of Maharashtra stands behind those who call Mumbai first as Pakistan, then Babar, it will have to be said unfortunately.

Kangana Ranaut has raised a strong objection to the article and tweeted, “Wow! It is unfortunate that BJP has come to its defense which has destroyed the drug mafia and collided with the mafia racket, BJP has to go to Shiv Sena goons. Should have let my face be broken, raped or I should have lured the whole mango … No Sanjay ji. His courage to protect a young girl who is standing against the mafia. “

Attacking BJP in the editorial of the Saamna, the Sena has written that behind the people who call Mumbai as Pakistan and Manpa as Babur’s army, Maharashtra’s main opposing side stands, it is strange. It has been said in the face that by supporting Sushant and Kangana, BJP has to win the election of Bihar.