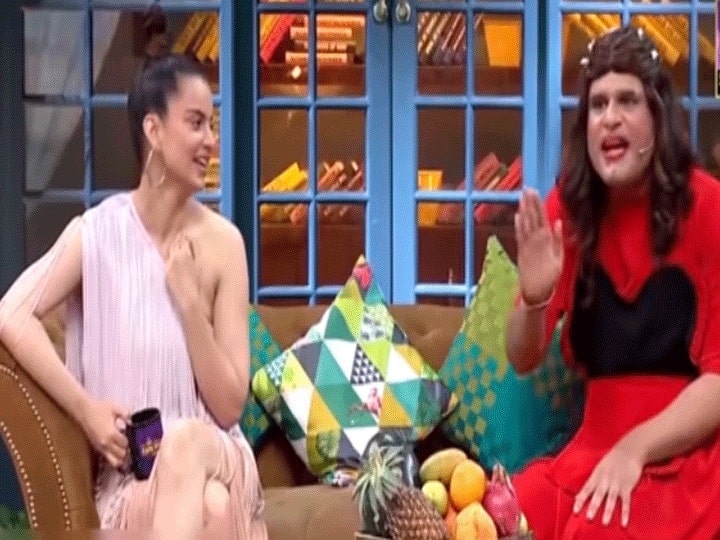 We know Sapna, who runs the beauty parlor in The Kapil Sharma Show. A lot of ready answers, everyone’s talker and outspoken, and Kangana Ranaut is something like that … who is also a selfless, fearless and intelligent person. And if they face each other on stage, then think about what will happen. Something similar happened when Kangana Ranaut arrived as a guest on The Kapil Sharma Show and Sapna came to entertain everyone. Then there was such laughter that everyone’s speech stopped.

You already know that Sapna runs a beauty parlor and specializes in massages. At the same time, when Kangana reached the show, Sapna had also brought more than one offer of tremendous massage for her. Kangana herself was surprised to hear that. And people became laughing and laughing.

At the same time, Kangana reached Kapil’s show and shared many things related to her life with the fans.

Recently, Kapil Sharma, who became the son’s father, has today also revealed the name of his son on social media. He has named his son Trishan very dearly. People were waiting for a long time that Kapil would disclose his son’s name and today when he released the name, he liked it very much. Sovereign gave birth to a son earlier this year. Earlier last year, Kapil has also become the father of a daughter, whose name is Anayara Sharma.