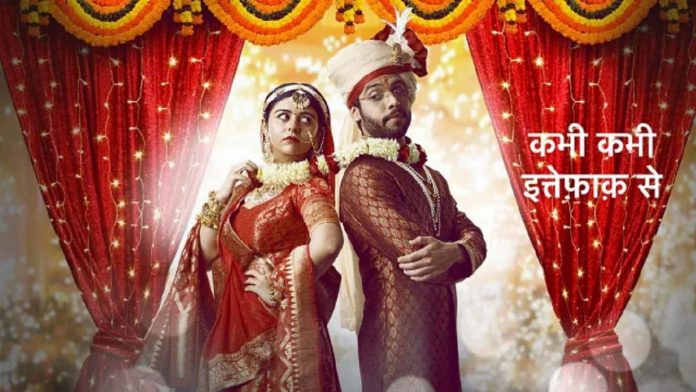 The Episode starts with Maya asking what’s the problem when you both love each other. Gungun asks who told this to you. Maya says so he announced the marriage. Gungun says so what if he announced. Maya says it means he didn’t asked you and announced it, sort out the fight, if you cancel the marriage this way, our reputation will spoil. Gungun says you don’t care for me, I don’t want to see his face, I m going to US with you to avoid that joker. Maya says fine, I will inform him. Gungun says no need. Maya says you want him to come with baraat here. She takes Gungun’s phone.

Ranvijay says once I marry Gungun, then I will become a rich NRI. He answers the call. Maya says its me, Gungun’s mom. He asks how are you. She says I will come to the point, I thought Gungun wants to marry you, I don’t know why she is refusing, I can’t force her so I thought to inform you, really sorry, don’t misunderstand me. Gungun shouts on her. Maya says I m your mom, you are my responsibility now. Ranvijay says its okay aunty, don’t take stress, Gungun is angry on me, I will get my parents and come there to talk about marriage, make me talk to Gungun. Gungun says I don’t want to talk. Maya asks her to clear things. Gungun takes the phone. Ranvijay threatens Gungun. He says that pic will reach Anu’s house and everywhere, then he will be ruined. She shouts shut up. Ranvijay says if you don’t marry me, then Anu’s marriage will be in risk, I will ruin your late dad’s respect, people will say that you eloped and married, so Riddhesh got a heart attack, if you want Anu’s family and your dad’s respect to get saved, then just do as I say. She asks what do you want. He says I want you and everything. Gungun cries. She asks when are we going to US. Maya says coming Saturday, what about marriage. Gungun says I don’t want to marry him.

Anu sits working. Akriti gets snacks. He says I m not hungry. She says work isn’t everything in life. He asks her not to disturb him, he has much work. She asks about Gungun and Ranvijay’s marriage. She gets close to him. He says let me do my work. She asks why do you always do this. He says I want my personal space. She says we are married now. He says I m too tired, we will talk later. She asks what happened, shall I massage your head. He asks did I say I have a headache, give me my space. He goes. She says you have an ache in the heart, I know why, I don’t need to take stress now. Gungun cries in her room. Anu calls her and scolds her. She says you are free to go with Akriti on honeymoon. He asks when did I say this, Akriti is making stories. She says I also don’t want to marry Ranvijay. He says you stood silent when Ranvijay announced the marriage, thank God I didn’t marry you. They argue. He says Akriti is many times better than you. She says I know you like her a lot, so you were praising her in Sangeet. He recalls his words. He says I told the truth. She asks why did you say you regard me your wife, blo*dy liar, you deserve this. He says I was blind and told that to you, now my eyes have opened, I understood you don’t deserve my love. She says you don’t deserve anyone’s love, I hate you. He says I hate you too. She says you will regret when you know the truth. He asks her to say the truth. She says nothing. He says you have nothing to say. She ends the call and cries. She misses Riddhesh. She says I have to do this. Anu removes the ring and cries. Ranvijay and his family meet Maya. Maya asks Gungun to stop crying and come to meet Ranvijay’s family. Maya says Gungun is missing her dad a lot, I want Ranvijay and Gungun’s marriage to happen soon. Ranvijay’s dad says don’t worry, Ranvijay will handle all the responsibility. his mum says we will try to fill up your dad’s space. 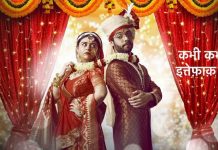