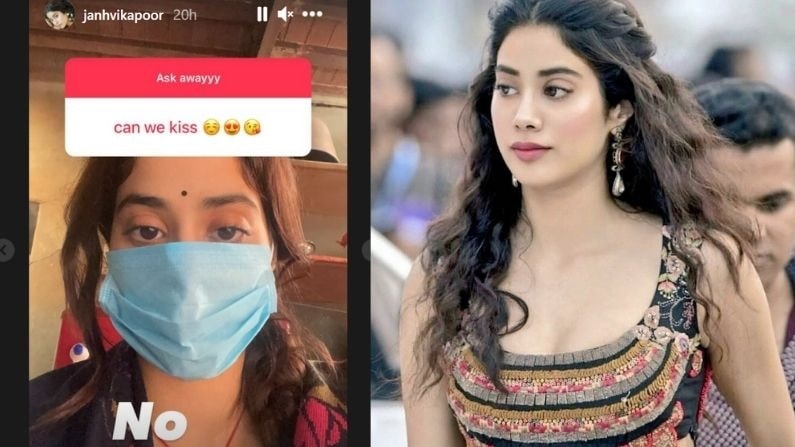 Bollywood actress Jahnavi Kapoor is in the news nowadays after the success of the film ‘Roohi’. People are praising the improvement in their dance performance and acting. So the actress is also using social media to keep in touch with her loved ones. During the conversation with the fans, a user made a strange demand from them. He asked the actress to kiss. In such a situation, Jahnavi responded in his own way.

In fact, Jahnavi Kapoor was talking to her fans through question-answer on her Instagram. People were asking him questions related to his upcoming projects and his personal life. But in the meantime, a fan wrote a strange thing in front of him. The fan wrote, ‘Can we do what?’ In such a situation, Jahnavi also decided to answer the user’s question in a unique way.

The actress posted a picture of herself with a mask to answer the question that Kiss was in demand. Also written no means no. This style of Jahnavi was liked by other people very much. She praised the actress’ understanding. Also made a lot of fun of such weird-poor fans.

Jahnavi showed understanding at the airport

A few days ago, a video of Jahnavi went viral. In which she was going out of the airport, then her fans surrounded her. They wanted to be photographed with him. A fan was trying to go ahead and take a selfie. Jahnavi’s manager got angry after seeing this. He grabbed the man’s hand and lowered it down with a jerk. The fan was also surprised to see this. However, later the actress handled the situation very well. He took a selfie click with him, not disappointing the fan.

In the initial week of release in the film ‘Roohi’ Theaters, it was slow in terms of earnings. However, later the film gained momentum. Viewers are very fond of the songs of the movie. Apart from Jahnavi Kapoor, Rajkummar Rao and Varun Sharma are also in important roles.