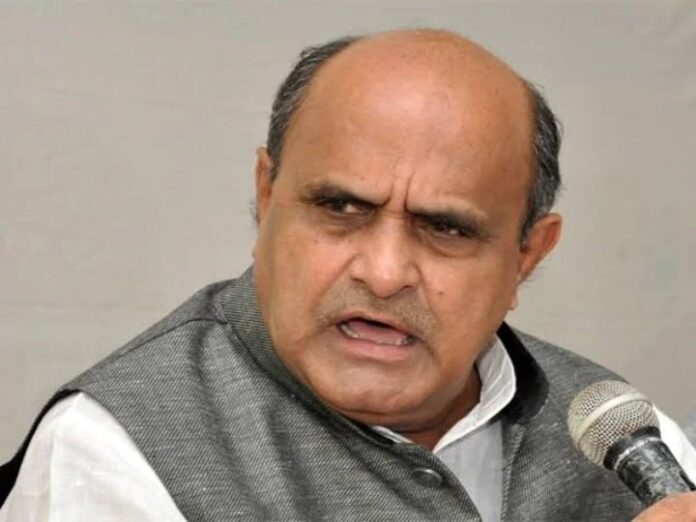 Patna: More than two months have passed since the elections were held in Bihar. But the tussle between LJP and JDU is still not taking the name of being short. Recently, LJP Parliamentary Board President Raju Tiwari wrote a letter to JDU leader KC Tyagi, in which he made many serious allegations against CM Nitish. Today, KC Tyagi has retaliated to the letter of the LJP leader and has instructed LJP President Chirag Paswan to accuse the BJP.

The principles of JDU and LJP have been a

JDU leader KC Tyagi wrote a letter to Chirag on Saturday and said that the letter which was written to me by your party is far from reality and amok. The principles and programs of JDU and Lok Janshakti Party (LJP) have been one. We have worked with Ram Vilas ji. Even today, we regret his premature death. There is no question of disrespecting such a partner. So instead of ideological differences, it is better if the methodology is called different.

He said that JDU and LJP have fought separate elections many times. In the last Lok Sabha election, the two contested together as a constituent of the NDA and it is true that the LJP was already in alliance with the BJP and had coordinated the 2015 and 2019 Lok Sabha for seat sharing. But LJP could win only 2 seats by contesting 40 seats.

Chirag should blame this for BJP

KC Tyagi said that LJP never made any comment about JDU’s role in the 2019 elections. Nitish Kumar campaigned for all the LJP candidates. There was no discussion in the JDU and LJP about ticket distribution in the 2020 assembly elections. Senior BJP leader Amit Shah has admitted that the LJP was demanding more seats, so the agreement could not be reached. It would have been better if Chirag would have blamed the BJP.

He said that the LJP pitted candidates in the elections against the official candidates of JDU and BJP and directly helped the main opposition party Rashtriya Janata Dal (RJD). Chirag, on several occasions, made statements like sending the Chief Minister to jail in corruption, which was condemnable. The churning on the poor performance of the NDA suggests that Chirag’s negative support to the RJD and the defeat of many of our candidates.