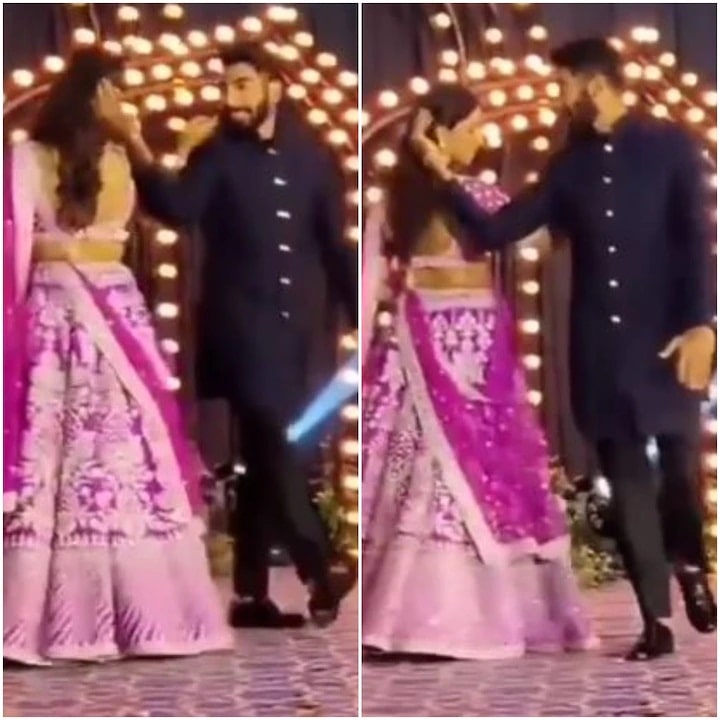 Indian cricket team’s fast bowler Jasprit Bumrah has married TV anchor Sanjana Ganesan in the past. Pictures of Jaspreet and Sanjana’s wedding are becoming increasingly viral on social media. At the same time, now a romantic dance video has also surfaced from their wedding ceremony.

Both of them danced in a very romantic way

They both danced together step by step

Along with the fans of Jaspreet, millions of Bollywood and sports world are sharing this video and wishing them all the best. In this video, both are seen putting eyes in each other’s eyes, dancing step by step. Let me tell you, this dance video of her has been shared by Jaspreet’s fan page. After which the video became increasingly viral.

Tell me, Jaspreet and Sanjana got married in Goa. According to reports, only 20 people were invited to the wedding. A mobile phone was banned at the wedding.