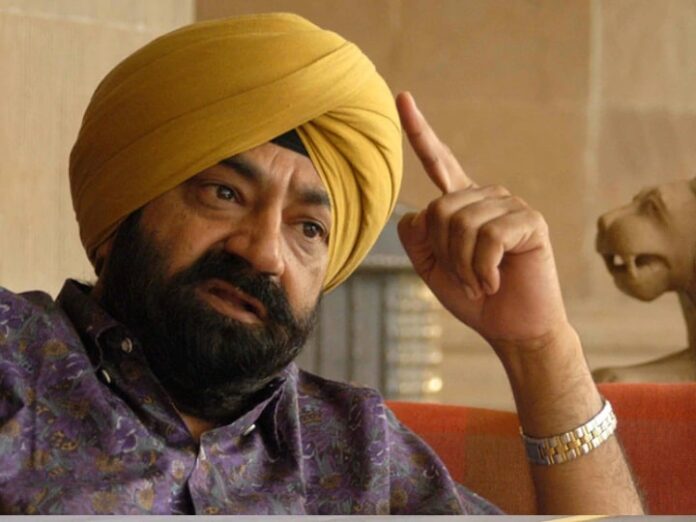 Everyone dreams of having a house of their own, but what happens when you buy a house and know that its construction is of a low standard. The famous comedian Jaspal Bhatti, through his famous TV serial ‘Flop Show’ in the 90s, has drawn a very comic sense on the contractors and engineers who specialize in second-rate constructions.
The story begins when Jaspal Bhatti is banging a nail on the wall of his house. Since the construction is of poor quality, the brick falls out of Bhatti Saheb’s wall on the neighbor’s TV as soon as it hits a hammer, causing 12 thousand TV of the neighbor to burst.

There is a fight between Bhatti Saheb and the neighbor over the compensation of TV which reaches the Housing Board Chairman. Meanwhile, the news that the construction of Bhatti Saheb’s building is so weak that if the hammer hits the brick, it reaches the thieves.
After this, in the building where Bhatti Sahab lives, there is a theft in his neighborhood and the whole charge goes on poor Bhatti Sahab. People think that they have committed theft in the vicinity of giving 12 thousand TV of the previous neighbor. However, after some time the thieves reach there again and due to poor construction, the entire wall falls on them as soon as they hit the hammer, then the secret of this theft is revealed.
Jaspal Bhatti Comedy: When Bhatti paid the brunt of substandard construction, had to go to jail on charges of theft
Meanwhile, when the President of the Society and Bhatti Saheb go to the Minister to complain about such inferior constructions, what would the Minister be doing to honor the contractor whose most wanted thieves have been caught because of the inferior construction.