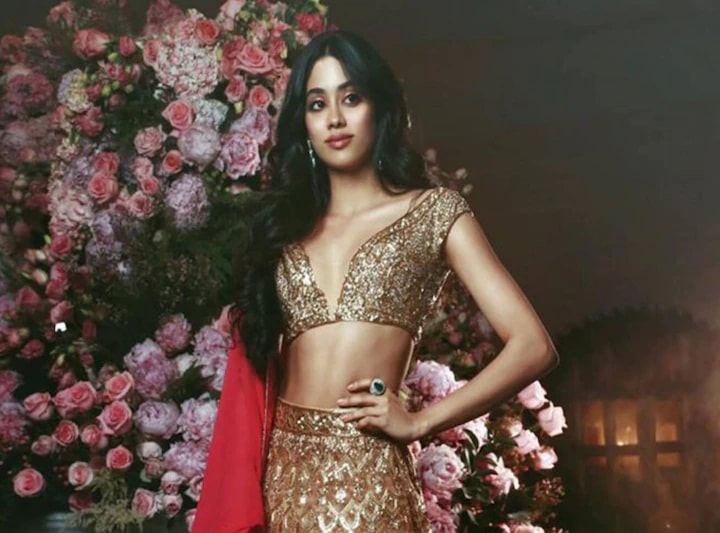 Bollywood actress Janhvi Kapoor is just 23 years old, but she has fully planned her wedding. Janhvi has revealed in an interview what her thoughts are about her marriage. Janhvi said, I have a clear picture of that day in my mind. I want to get married in Tirupati. This will be a very private function. I know that I will wear Gold Kanjeevaram saree on that day, I must have decorated a lot of mogra in my hair. My husband would be wearing lungi and we would be eating food on a banana leaf.

Janhvi Kapoor has planned her dream wedding, saying- ‘My groom will wear lungi at the wedding
Janhvi further said, I go to Tirupati a lot and when I take such a big decision in life, I will marry my love right there. Previously I had attended the wedding of a family member and I had a lot of fun. I do not like big weddings, it is fun to attend them but having a center of attention in such a big event gives you a lot of angst.

Janhvi Kapoor has planned her dream wedding, saying- ‘My groom will wear lungi at the wedding

Janhvi’s previous film was ‘Gunjan Saxena’ in which she played the role of a pilot. Now these days he is in discussion due to his next film ‘Roohi’. It is a horror comedy film in which Janhvi will be seen playing the role of a witch. Earlier this film was to be released in June last year but due to Corona epidemic its release got stuck and now it will be released in 2021.