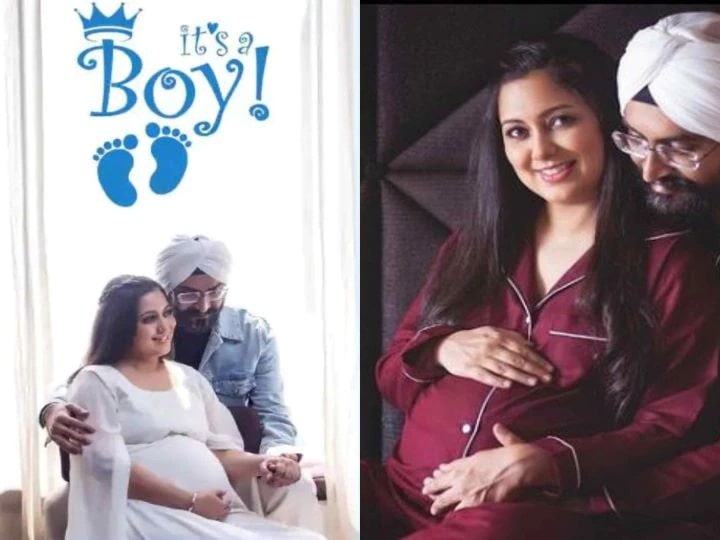 The year 2021 has brought new happiness in the life of many Bollywood celebs. In fact, many celebrity parents have been made earlier this year and many actresses and singers have also announced their pregnancy. Recently, TV actress Anita Hansandani gave birth to a son, after that Kareena Kapoor Khan has also welcomed her second child this month. Bollywood singer Harshadeep Kaur has also joined this list. Please tell that Harshadeep has given birth to a loving son. Harshdeep himself has shared the information about the arrival of the little guest in the house on Instagram account.

Harshdeep Kaur shared a picture on Instagram with her husband Mankit. In this picture, she is flaunting baby bump and her husband Mankit has taken the dress of a New Born Baby. It is written on the picture, ‘This is a boy and an exciting journey has begun.’ Sharing this good news with his fans, Harshadeep has written, ‘A small part of heaven has come to the earth and we have become parents. Our junior lion has arrived and we could not be happier with it.

Gave birth to baby on March 2

Please tell that Harshdeep has given birth to his first baby on March 2 itself. Both mother and child are healthy, after the news of Harshadeep becoming a mother, all the celebrities and fans are congratulating them and wishing good health of the child. Significantly, Harshadeep married Mankit Singh in the year 2015. Harshdeep is best known for singing Sufi songs. She has sung many hit songs including Jalima, Dilbaro, Jhak Maar Ke and Katia Karun.