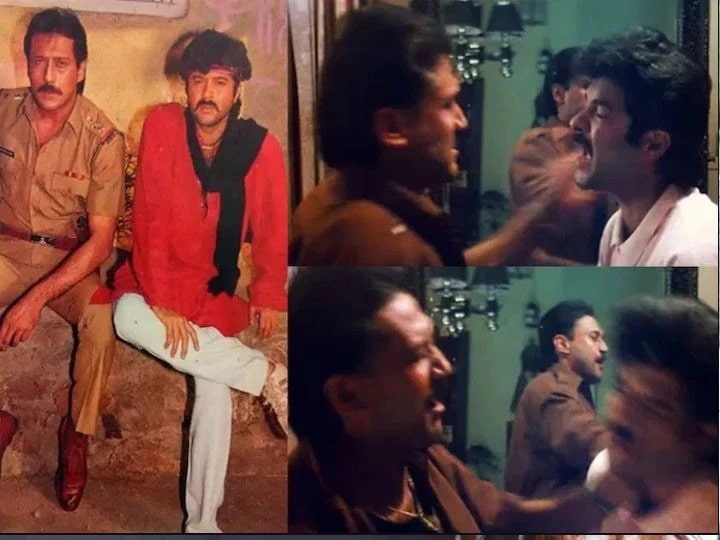 Bollywood actor Anil Kapoor is very active on social media and keeps sharing many interesting things with the fans. Recently, he shared a picture of himself and Jackie Shroff on Twitter and wrote a funny caption on it. Tagging Jackie, Anil wrote, Jackie says to me – I will slap again 16-17 as if I was killed in Parinda if not told when our next film will start.

Writing an enchanting caption about what Anil would answer to Jackie, he tagged Jackie and said, very soon, the script is in the works. Let us tell you that Jackie and Anil have worked together in 12 films including films like Ram Lakhan, Parinda, Roop Ki Rani Choron Ka Raja, 1942: A Love Story, Trimurti, Shootout at Wadala.

Talking about the film Parinda, Jackie was supposed to slap Anil in a scene in this film, but Anil was not satisfied after the shot was OK and requested the director to shoot the scene again. He then asked Jackie to slap him hard so that the scene would be felt and for this reason Jackie had slapped 16-17, after which Anil’s cheek was swollen.