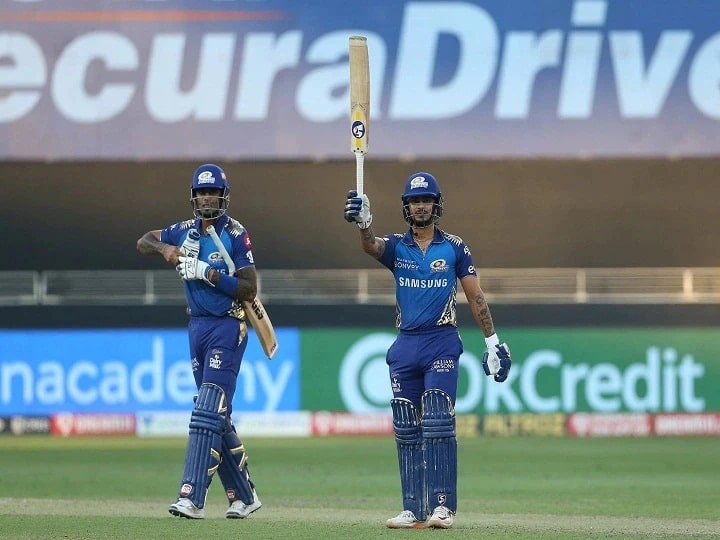 Ahmedabad: After a long wait, Mumbai Indians batsmen Surya Kumar Yadav and Ishaan Kishan finally got a chance to wear the cap of Team India. Ishaan Kishan and Surya Kumar Yadav have made their debut in the second T20 match against England. During the commentary, veteran Indian players VVS Laxman and Gautam Gambhir have appealed not to drop these two players after one match. Both players said that these youngsters should be given a chance in all the matches of the current series to prove themselves.

Let us know that Surya Kumar Yadav was performing well for Mumbai Indians for the last several seasons. In domestic cricket too, he was continuously scoring big scores. At the same time, Ishaan Kishan, who hails from Bihar, has also joined the Indian team for the first time. In the last season of IPL, Ishaan Kishan scored more than 500 runs. Ishaan Kishan is known for his quick batting. However, before him, promising wicketkeepers like Rishabh Pant and Sanju Samson were getting a chance in Team India. Now when this opportunity has come to Ishaan, he will make every effort to cash in on it.

Veteran players VVS Laxman and Gautam Gambhir, who were commentating during the match, strongly advocated that these two players should be given constant opportunity to prove themselves. Gautam said, ‘A match does not reveal the ability of a player. T20 is such a format in which players should be assured from the team management that you pay attention to your performance and not to save your place in the team.