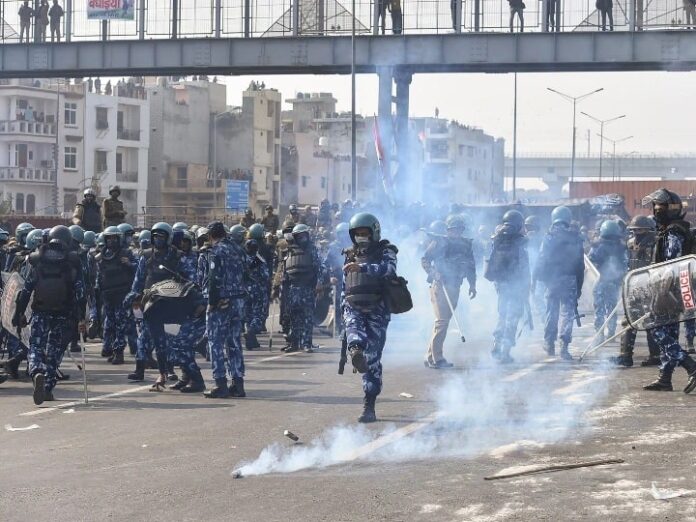 Let us tell you that during the violence on Republic Day, 394 security personnel were injured and a demonstrator was killed near ITO. A team of forensic laboratory went to the Red Fort on Saturday and Ghazipur to the protest site on Friday. The police on Thursday issued a ‘lookout’ notice against the peasant leaders and announced to investigate the conspiracy behind the violence.

The FSL submitted fingerprints, evidence of sabotage, footprints and blood samples from the Red Fort on Saturday. Through these evidences, those people who were involved in the Red Fort violence on 26 January will be identified. Delhi Police will now start a search for the accused based on these evidences. Whatever FSL has submitted here, they can prove to be very important evidence against the accused in the court.

Mobile forensic teams have visited several occasions where violence occurred, including Ghazipur, Nangloi, NH-10, Najafgarh-Nangloi Road and Lal Qila. Samples of tire mark were taken from there. The work of doing broken-foot photography, fingerprints, etc. was done in the government property and the Red Fort. Traffic police, Delhi Police, National Highway Authority, PWD, MCD, RWA and private people are collecting feeds of CCTV cameras on the routes that have been disturbed.

To remove the faces of the accused from all these footage, that is, two teams from the National Forensic Lab, Gujarat have reached Delhi for their identification. Their job is to do video analysis. This team will make photos from those videos, then Delhi Police will put them in face recognition and see if there was any criminal (or a person associated with Khalistani group). If the criminal comes out, then there will be a separate treatment. That means a strict stream will be imposed and action will be taken on the farmers who are involved.