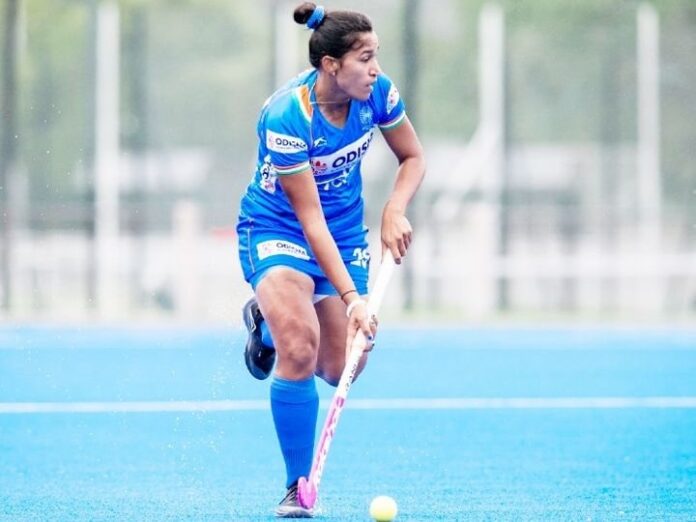 The Indian women’s hockey team held the hosts to a 1–1 draw in the last match of the Argentina Tour. Team India did not give any chance for the Argentine team to win while performing brilliantly in defense.

Captain Rani for India and Emilia Forcherio scored goals for Argentina. Earlier Argentina had defeated India in 2 matches. The Argentine team won 2–0 in the match held on 26 January and 3–2 in the match on 29 January.

Argentina counter-attacked in
the first quarter In the first quarter of the match, Argentina took advantage of the experience and showed an attacking game. Within three minutes, the Argentine team achieved 2 penalty corners, but goalkeeper Savita did not allow a goal with a superb save on both the occasions.

Rani could not convert Vandana’s cross into goal
, India got a penalty corner in the 11th minute of the match. However, the team could not convert it into a goal. Early in the second quarter, India’s experienced forward Vandana Kataria gave a superb cross to Captain Rani. But the Argentine defense thwarted it. The score was 0–0 until half-time.

Team India scored a goal in the beginning of the second half. The
Indian team started the second half in a great style. A brilliant assist from Vandana’s right flank in the 35th minute led to a 1-0 lead by captain Rani. After this, the Indian team also had a chance to score goals in the 39th and 50th minutes, but the team could not cash it.

Argentina equalized the score in the last quarter, in the
55th minute of the match, Argentina’s Emilia scored a goal on penalty corner to make it 1-1. India gifted two more penalty corners in the last 5 minutes, but the hosts could not score on it.

Coach Shored Marine praised Team India
after the match, Team India coach Shored Marin said that we needed to be cool after taking a 1-0 lead. We need to play more smartly. Next we have to work on it. Along with being cool, we also have to pay attention to the attack.

Argentina has also lost to the B team
. This was India’s fourth match against the Argentine senior team. Earlier in the two matches, Team India had to face defeat. At the same time, the third match had to be canceled due to rain. India played 2–2 and 1–1 in the first 2 matches against Argentina’s junior team on this tour. After this, Team India lost 2–1 and 3–2 in the match against Argentina-B team.