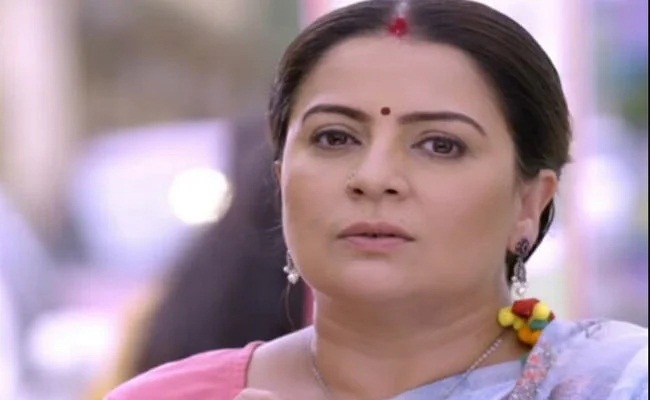 India Wali Maa Spoiler Alert: A new twist is coming in the upcoming episode of the serial ‘India Wali Maa’. Kaku has a son Rohan who is struggling with financial problems. She thinks of helping her son, but she is not well educated. Kaku goes to withdraw some money to help Rohan but his card is blocked. She feels disappointed. She thinks of doing a job but does not give her a job.

Kaku wants to help Rohan at any cost. She works as a cook in many big houses, but Rohan does not understand that his mother only wants to help him. You saw that Rohan sends his mother Kaku to cook in a rich house, but Kaku is unaware that she has come here to cook, not a guest. Later he learns that Rohan has taken money for this. She breaks down. But then she handles herself.

Here, Rohan’s girlfriend is Chinu pregnant and he is also angry with Rohan’s attitude. Many times he has encountered people from whom Rohan has borrowed. You saw that the light of the whole house goes on and Chinu shouts at Rohan that he did not pay the electricity bill, so the house light has gone. Apart from this, she tells him fiercely. Chinu is the daughter of a big businessman and he is constantly doing tricks to bring her back from Rohan’s house.

Suddenly, Rohan leaves the house. Both Kaku and Chinu get upset about where he went. Here Kaku decides that now she will explain Rohan. She will not consider everything he thinks without thinking. She will not accept his stubbornness She convinces Chinu not to get upset, he will return soon. Here late night Rohan comes home after drinking alcohol. He apologizes to Kaku and tells him that he is a very bad son.

The upcoming episodes are going to be interesting, will Kaku remove Rohan from this situation? Will she be able to convince him? Will Rohan understand this love of mother? Will Chinu’s father understand Rohan? This will be known only in the coming episodes.