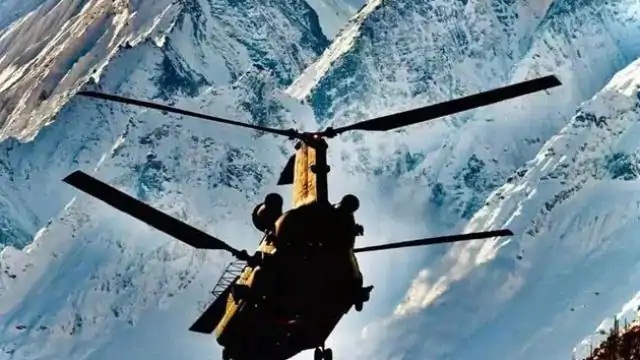 The situation between India and China in East Ladakh has been very tense since April. The armies of both the countries are making a lot of efforts to soften the tension, but due to China’s tactics, they are not getting success. Because of this, all three forces of India are fully prepared to deal with any situation on the border. It has been ten months since he became the Chief of Defense Staff (CDS), due to which the Indian Army has been further strengthened. However, it is worth noting that at present, both the Air Force and the Chief of the Army are the coursemates of the National Defense Academy and both of their armies are jointly practicing combat in East Ladakh with China.

The present Army Chief is General Manoj Mukund Narwane and the Chief of the Air Force Marshal RKS Bhadauria. Both are also very close friends since the days of NDA. The Indian Air Force’s C-17s, Ilyushin-76s and C-130J Super Hercules aircraft can be seen in Leh’s skies, which are flying with ration and supplies for the Indian troops stationed at the front, unlike the Chinese forces. A senior air force commander posted in the Ladakh region said, “The instructions from above the headquarters are clear that whatever requirements are required by the army and other security forces should be met.”

An army officer stationed in the forward area said that these days CDS General Bipin Rawat and the chiefs of both the armies often discuss and plan action against the Chinese army. The two forces are working jointly. He said, “The Army which is deployed in a face-to-face position with the Chinese troops is also regularly giving updates to the Indian Air Force about the actual situation on the ground to increase their domain awareness and they have deteriorated the situation.” In the event of jointly planned some operations. “These efforts of the forces can be seen on the ground, as the forces are preparing to deal with both China and Pakistan in the Ladakh sector.

On the road from Leh towards the Line of Actual Control in eastern Ladakh, Chinooks can be seen flying over the Indus River to provide supplies to China and army personnel battling extremely harsh winters. At the same time, Air Force Chinook and Mi-17V5s helicopters can be seen flying towards an elevated landing ground (ALG) near the LAC. Here they are providing all the necessary things for the jawans, including a panel of shelters, to deal with the winter.

These helicopters are playing an important role in tension with China

Every aircraft of the Indian Air Force, which is present in Ladakh to deal with any situation, is helping the soldiers, but the newly purchased Chinook and Apache helicopters are helping a lot. Both of them are playing an important role in the ongoing tension with China. Major General Arvind Kapoor, Chief of Staff of the 14 Corps, says, “Our helicopter has a lot of carrying capacity, we are ready to lift the containers on short notice and deliver it to the required location.” Officials said that the Chinooks are supplying material to the movement of troops and border areas daily, while the role of Apache will become very large when the two sides encounter each other through tanks.