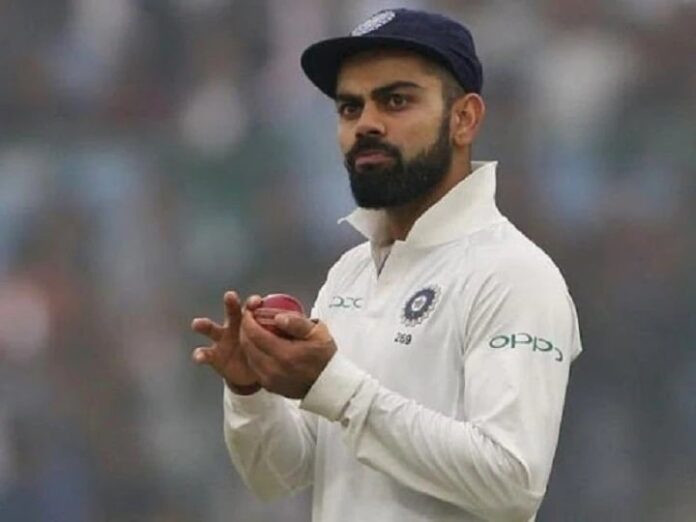 In the first Test played against England, after bowler R Ashwin with the Sansparels Greenlands (SG) ball, now captain Virat Kohli has also said that he is not satisfied with its quality. Earlier, Ashwin expressed disappointment over his balls getting stitched.

Ashwin said after the fourth day’s play in Chennai that “the ball was very strange for us in this game. Because I have never seen the SG ball deteriorating from the seam before”. He said, “The pitch was stiff in the first two days.” , So it can happen. But in the second innings also it happened after the 35 -40th over. It was strange ”

The ball broke down in 60 overs,
Kohli said that “the wicket was flat and slow and the quality of the ball was also not something that we were very happy to see. Because in just 60 overs the ball went completely bad. This should not happen in a test match. ”

The first Test was played on a very flat and slow Chepauk pitch and before the 50th over the SG ball seam started to loosen and the umpire did not accept the request to change the ball.All the tests being played in India since 1994. Matches are played by Greenpells balls.

Kohli was also critical of SG Ball in 2018,
Virat Kohli had criticized the quality of SG balls during the domestic Test series against West Indies in October 2018 and said that the players’ performance will be affected due to the ball being spoiled quickly. Kohli advocated the use of Duke balls in Test matches worldwide.

IND Vs ENG: When Virat Kohli told Ishant Sharma about being...