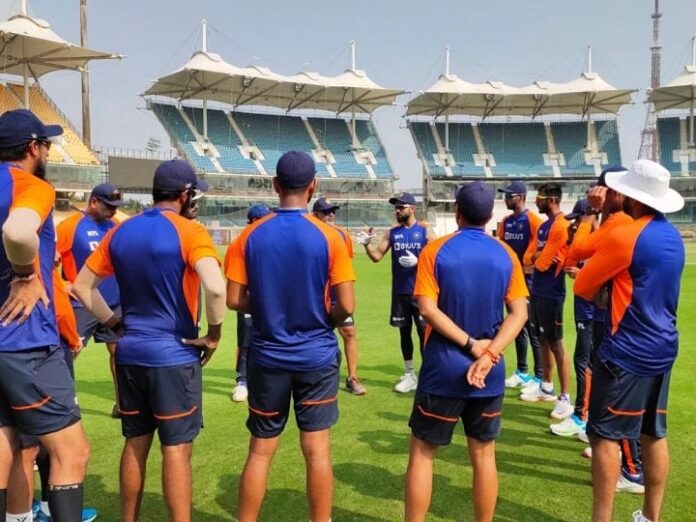 IND vs ENG: The Indian team will take lessons from their mistakes in the second Test against England on the spinners’ assisted pitch starting tomorrow, as captain Virat Kohli is well aware that being out here means losing a place in the World Test Championship final. Will happen.

The historic victory on the tour of Australia came down with a 227-run defeat to England in the first Test. Now there will be no scope for mistake or complacency for India in the coming three matches. Normally, Kohli, who has done his best under pressure, will also have to win the iron as a captain. This match will return the spectators to the ground and it can act as a ‘tonic’ for the Indian team. India have to win two matches to enter the World Test Championship final and not lose a single.

The England team has a new wicketkeeper in the form of Ben Fox and will replace James Anderson as Stuart Broad. Moin Ali has also been included in the team in place of Dom Bais. Jofra Archer is out of the squad due to an elbow injury, in whose place bowling all-rounder Chris Woakes will be found. England’s number one batsman and captain Joe Root said, “It is a shock for Jofra not to play but hopefully he will be fit by the third Test”.

Chepauk’s new dark pitch is different from the first test pitch and is expected to turn. In such a situation, Ravichandran Ashwin will need support from the other end. Playing fit Akshar Patel seems almost certain, as he is the same substitute as the injured Ravindra Jadeja. Akshar’s test debut seems set because Ashwin needs a bowler from the other end who stops the run. However, Kuldeep Yadav’s play is also being decided. He is a better option than Washington Sundar on the turning pitch.

Sundar can become an all-rounder in the coming times, but he is not capable of playing as a third specialist spinner. However, the team management has been reluctant to feed Kuldeep which shows that he has not had much confidence in the ability of this Uttar Pradesh spinner in the recent past.

It is learned that Kuldeep will be given a chance in the playing eleven for this match, seeing the pitch. After the defeat of the first Test, the team management had two options. The grass should be left on the first pitch and the second grass should be removed and add some water so that the pitch dries in the sun. In such a situation, it will start breaking down prematurely but in the past such experiments have been reversed.

The role of the toss will be important

The first day on the turning pitch in Pune in 2017, Steve Smith put pressure. The hosts were not aware that the ball would take such a turn. In 2012, Kevin Pietersen scored 186 on a similar pitch in Mumbai. In both the matches, the opposing spinners took full advantage of the situation and chased India into his lair.

The role of the toss will also be important and Kohli’s eyes will be on the batting first. Rohit Sharma will be expecting big innings which he is not able to play. Cheteshwar Pujara, Ajinkya Rahane or Rishabh Pant will have to play big innings with Kohli at the other end.