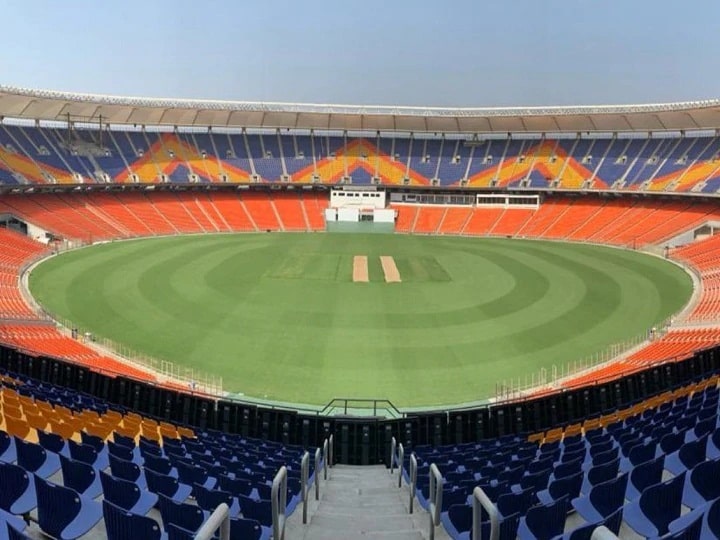 The third match of the four-match Test series between India and England will be played from February 24 at Motera Stadium in Ahmedabad. Both the teams are currently practicing here and do not want to leave any effort to win this day-night test. Also known as the Sardar Patel Stadium, it is the largest cricket stadium in the world. Players of both teams are stunned by the grandeur of the Motera Stadium and its beauty. England all-rounder Ben Stokes has also praised the stadium in his tweet. He wrote, “This is a great stadium, enjoyed the end of the day with local music.” Rishabh Pant also tweeted and called this stadium fantastic. Before this, Hardik Pandya has also praised it.

Wicket-keeper batsman Rishabh Pant of the Indian team tweeted a picture of Motera’s gym and wrote, “It was fun to do the first training session of the gym in Motera’s new stadium. It feels good to come to this fantastic venue. On this world-class ground on the 24th Looking forward to playing. ”

Earlier, Indian team all-rounder Hardik Pandya has also tweeted about the beauty of this ground. Pandya, sharing a picture from a stand at Motera Stadium, wrote, “It is incredible to come here in Motera to the world’s largest cricket stadium. It is very amazing.”

What is special in this stadium

Motera Stadium in Ahmedabad is built at a cost of more than 700 crores. It has a seating capacity of 110,000 spectators. This tedium has been designed by the company that built the Melbourne Cricket Ground Stadium. It has 76 corporate boxes, four dressing rooms and three practice grounds. In addition to the stadium, in addition to the indoor cricket academy, there are facilities for swimming pool, squash and table tennis. The lights of this stadium are also very different. Flood lights are replaced with LED lights which burn with solar energy. Apart from this, the stadium also has a 3D theater.