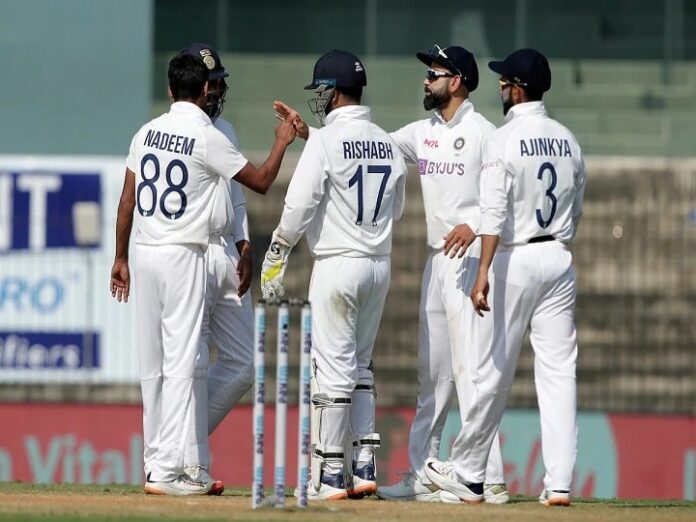 IND vs ENG: India’s left-arm spinner Shahbaz Nadeem said that the manner in which Ben Stokes counter-attacked by playing reverse sweep forced him to change his plans. Nadeem is ready to overcome his bowling technical problems on the net. Playing their second Test, Jharkhand’s home veteran spinner Nadeem conceded 167 runs in 44 overs, but as a consolation, Stokes and Joe Root managed to get wickets. Stokes scored 82 runs and Root scored his fifth double century.

Nadeem could not put pressure on the England batsmen while Ravichandran Ashwin battled alone at the other end. Nadeem said, “I was trying to bowl outside the off stump but he counter-attacked by playing reverse sweep. Yes, this forced me to change my line and length slightly. I then tried to bowl him to the wicket and dismissed him.

Nadeem admitted that there was some technical deficiency in his bowling in the Chennai Test. He said, “I think I was doing a bit of a ‘jump’ at the crease while I have to do a bit of ‘jump’ time.” So this caused some trouble. On the first day it was more of a problem and today it was a little less than that. I have to go back and work on the net to overcome this problem.

Shahbaz Nadeem, 31, who played 117 matches in first-class cricket, said the manner in which Root played the sweep shot made it difficult for him to make a special plan.

Nadeem said, “Root is a great batsman and he is also in excellent form for some time. He was playing sweep shot very brilliantly, so you have to plan well whether you want to bowl on the stump or outside the off stump. ”

He further said, “Of course when the batsmen start sweeping your balls you will face problems, but then you have to stick to your strategy. One has to wait for his time so that he makes a mistake. ”