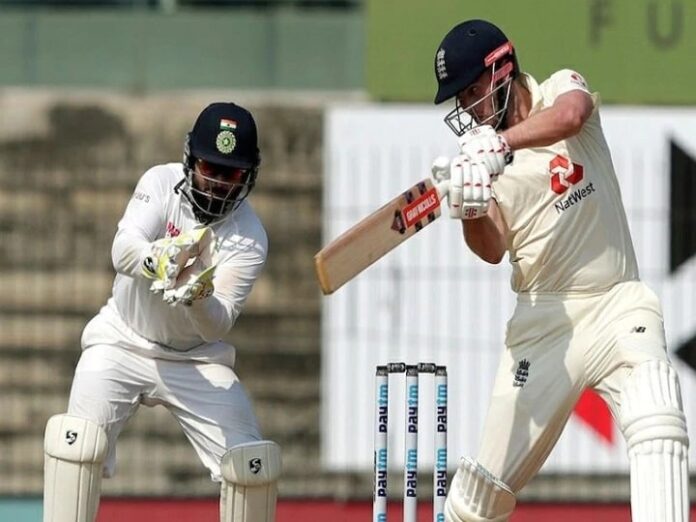 IND Vs ENG 1st Test Match: On the first day of the initial Test being played in Chennai, England has strengthened their position by scoring 263 runs at the loss of 3 wickets. The Indian bowlers had started well by taking two wickets during the lunch session but their disappointment in the T session and the last session of the day was disappointing. However, wicketkeeper Rishabh Pant was constantly trying to encourage the bowlers. Rishabh Pant has said such things from behind the wicket which has become a topic of discussion on social media.

Rishabh Pant has emerged as the new star of India in Test cricket since the tour of Australia. On the Australian tour also, during the wicketkeeping, many videos of Pant were becoming fiercely viral on social media. Pant continued to advise bowlers from behind the wicket even after coming to India.

Rishabh Pant’s advice to bowlers through stump mic is fiercely viral on social media. When Root and Sibley were frozen at the crease, Rishabh Pant told Ashwin how the pair could be broken. Pant was heard saying that ‘it is good from here, it will be right if you get trapped from here.’

Fans are also making memes for them by listening to such things of Rishabh Pant on social media. Apart from this, Pant continued to offer prayers to Ashwin. Pant said, “Ash put the ball straight, there is no problem, let’s hurry man.”

During the tee session, when the pair of Sibley and Root were seen to be frozen, Pant was still telling the bowlers that “Chalo bhai guys chalo will have to work very hard”. Is advised.