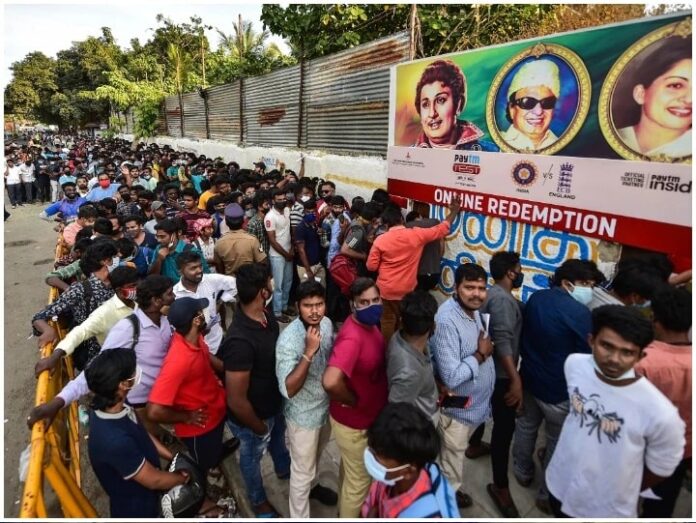 Chennai: A crowd of cricket lovers thronged the MA Chidambaram Stadium here to get tickets for the second Test match between India and England, and in the meantime the rules of social distance were severely washed away. Although all tickets were sold online, fans had to come to the stadium to collect tickets.

The Tamil Nadu Cricket Association (TNCA) has allowed an audience of 50 percent of the stadium’s capacity for the second Test match. This will lead to the return of spectators to a sports competition in the country after about a year. There was a discussion on social media throughout the day on Thursday that there were long queues outside the stadium and social distance rules were not being followed, but a TNCA official said that initially there was confusion but Things were resolved soon.

The official said, “TNCA had announced that tickets booked online for the second Test match can be taken from February 11. However, it seems that they got it wrong and came to the stadium due to which the crowd got crowded and confusion was created. ”

The officer also said that tickets will be released smoothly from Friday. Apart from violating the rules of social distance, it was also reported that a person had become unconscious due to long queues.