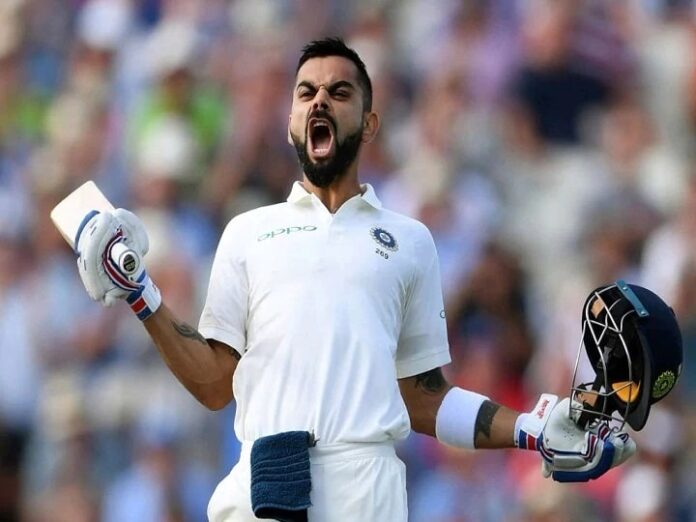 Indian captain Virat Kohli is also famous for his batting as well as his aggressive attitude on the field. Throughout the match, Kohli maintains his attitude and flamboyant style. On the fourth day of the Chennai match against England, one such occasion came when Virat lost his temper and was seen angering at the on-field umpire. In a video that went viral after this match, Virat is seen complaining to umpire Nitin Menon about the England batsman. During this time, he is also seen in anger.

Actually, during the second innings of England in the first Test, Joffra Archer was running in the middle of the pitch while taking runs. Virat was very angry at this and he angrily told umpire Nitin Menon, “Oye Menon! Straight run is also running in the middle. What is this?” His talk on Stump Mike was recorded and soon this video went viral on social media. Now the fans are also giving their feedback on this.

India was defeated in the first test

England has defeated India by 227 runs in the first Test played at the MA Chidambaram Stadium in Chennai. This is Team India’s first defeat after 2017 at home. In the second innings, England had set a target of 420 runs in front of India. In response, the Indian team was all out for 192 runs. Jack Leach took the maximum four wickets for England. At the same time, fast bowler James Anderson got three successes.