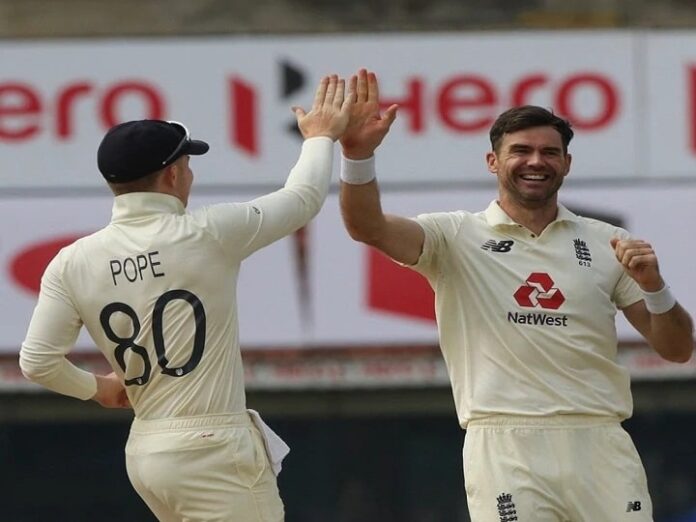 Chennai: England head coach Chris Silverwood believes that there is no dearth of fitness for James Anderson and it would not surprise him if the 38-year-old fast bowler leads the England fast attack even after he has crossed the age of 40.

Anderson bowled brilliantly on the last day of the first Test against India. England won that match by 227 runs. The England coach said in an online press conference, “He is fully fit and is also visible. He has worked hard on this. Along with being fit, he is also bowling well.

Rest can be given under the rotation policy.
Silverwood said, “As long as he is fit, strong and healthy and wants to play, he can play. Whether or not ‘Anderson can be rested in the second Test under the rotation policy despite a strong form. The coach said, “It is difficult to keep him out. I do not want to change the winning team. Let us see what happens. ”He said that rotation is the right option to keep the bowlers fresh between the heat and humidity.

The highest wicket-taking bowler after the age of 30,
it is noteworthy that James Anderson achieved a major achievement in the first Test against India in Chepauk. In fact, after the age of 30, Anderson has surpassed all bowlers in the world in taking the most wickets. 38-year-old Anderson has taken 346 wickets in the last eight years. He achieved this feat, surpassing the legendary West Indies fast bowler Courtney Walsh, who took a total of 341 wickets after the age of 30. At the same time, Glenn McGrath of Australia is named after Anderson and Walsh in this list. McGrath has taken 287 wickets.