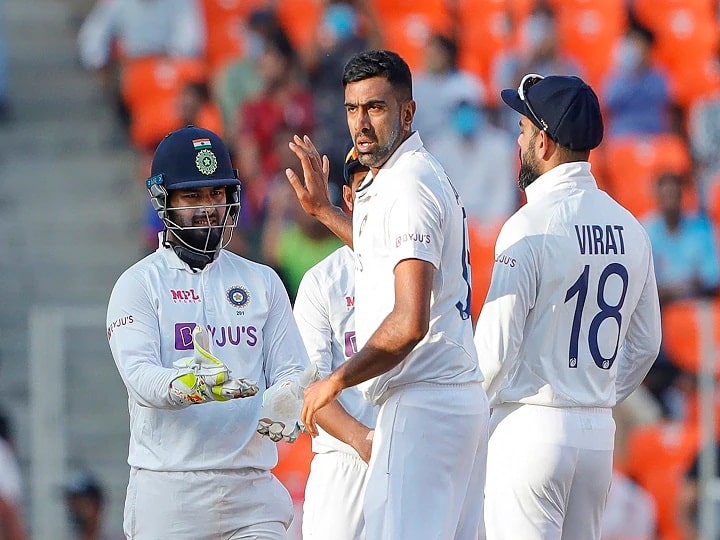 Ahmedabad : England scored 144 runs losing five wickets till tea on the first day of the fourth and last cricket Test against India. At the time of tea, Oli Pope 21 and Dan Lawrence were playing 15 runs. The second season saw the wickets of Ben Stokes and Johnny Bairstow fall.

The England team, batting first after winning the toss, had a poor start. For India, Akshar Patel took two and Mohammad Siraj took one wicket. India is ahead 2: 1 in the four-match series.

Akshar, Siraj returned the pavilion to 5 England batsmen,
India sent half of England’s team to the pavilion thanks to the excellent performance of left arm spinner Akshar Patel (2/48) and fast bowler Mohammad Siraj (2/34). From India, Akshar took two, Mohammad Siraj took two and Washington Sundar took one wicket. Ravichandran Ashwin and Ishant Sharma have so far failed to take wickets in this match.

Earlier, England won the toss in this match and decided to bat first but their start was very bad. Akshar bowled opener Dominic Sibley cheaply and gave England the first blow. Sibley scored two runs in the eight-ball game.

After this, England captain Joe Root tried to handle the innings with Johnny Bairstow but Siraj lbw to Root for a third blow to England. Root scored five runs off nine balls with the help of a four. By lunch break England scored 74 runs losing three wickets. Ben Stokes and Johnny Bairstow tried to take over the team but Siraj lbw Bairstow out and gave England another setback. Bairstow scored 28 runs off 67 balls with the help of six fours.

Stokes then extended the innings with Ollie Pope and batting halfway, completed the 24th half-century of his Test career. Tried to get the team out of the initial shaking. There was a 43-run partnership for the fifth wicket between the two batsmen.