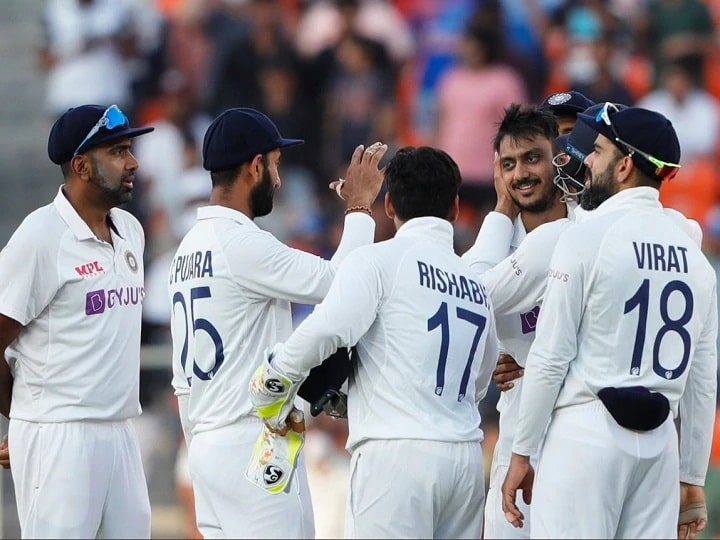 IND Vs ENG 4th Test 1st Day Highlights: The first day of the last Test match being played at the Narendra Modi Stadium in Ahmedabad was named after India’s bowlers. The bowlers of India bowled brilliantly and bowled England’s first innings for 205 runs. In response to this, however, India’s start has been slow. India have scored 24 runs for one wicket in their first innings till the end of the day’s play. Earlier, Akshar Patel bowled well and took four wickets for 68 runs.

Earlier, England won the toss and decided to bat first but their start was very bad. England’s team could not recover after a poor start and were all out on the very first day. For England, Ben Stokes scored the highest 55 runs off 121 balls with the help of six fours and two sixes. Apart from them, Daniel Lawrence scored 46, Ollie Pope scored 29 and Johnny Bairstow scored 28 while James Anderson remained unbeaten with 10 runs.

Let us know that in the four-match series, India has already made an unbeatable lead by 2-1. India is almost certain to reach the final of the ICC Test Championship. India will have to play this match to play the final. If England manages to win the match and draw the series 2–2, then Australia will face New Zealand in the final in June.