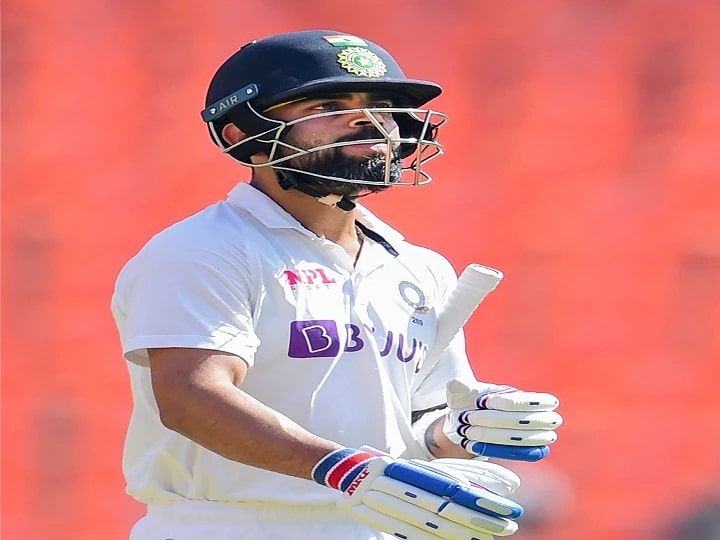 Ahmedabad : India have scored 80 runs for four wickets till lunch today on the second day of the fourth and last Test cricket match against England. At lunch, opener Rohit Sharma was playing for 32 runs. Ajinkya Rahane (27) returned to the pavilion just before lunch. India also lost the wickets of Cheteshwar Pujara (17) and captain Virat Kohli (zero) in the first session. India is now 125 runs behind England.

India started playing ahead of 24 runs for one wicket in the morning. Rohit and Pujara adopted a cautious attitude. Both of them shared a 40-run partnership in 24 overs for the second wicket, which will not be called bad. He did not let Anderson (two for seven) and Ben Stokes (one for 20) succeed in the morning. Meanwhile, both of them adopted the strategy of exhausting the bowlers and played only a few shots on bad balls. Rohit also took a very defensive attitude. He played a few shots in the air only in the last moments of the first season.

Pujara also tried well but Jack Leach (one for 36) has made him his favorite victim. He wanted to play the direct ball of the leech moving forward but the bat remained behind his pad and Nitin Menon gave another good decision. The spectators present at Motera’s Narendra Modi Stadium received a shock when the Indian captain caught a wicket-keeper Ben Fox on a ball carrying an extra bounce from Stokes. Kohli failed to open the account for the second time in the series.

At 205, how was England’s team
England decided to bat first after winning the toss in this match, but it was a very bad start. Akshar bowled opener Dominic Sibley and bowled out cheaply and gave England the first blow. Sibley scored two runs in the eight-ball game. England had not been able to recover from the shock before that when Akshar caught Jack Kravali by Siraj and sent him to the pavilion. Kravali scored nine runs off 30 balls with the help of a four.

After this, England captain Joe Root tried to handle the innings with Johnny Bairstow, but Siraj lbw to Root for a third blow to England. Root scored five runs off nine balls with the help of a four. Stokes and Johnny Bairstow tried to take over the team but Siraj lbw Bairstow out and gave England another setback. Bairstow scored 28 runs off 67 balls with the help of six fours.

Stokes then extended the innings with Ollie Pope and batted hard to complete the 24th half-century of his Test career and tried to lift the team from the initial setback. The two batsmen shared a 43-run partnership for the fifth wicket. Stokes, however, could not extend his innings for much longer after completing his half-century and was lbw to Sunder’s ball and returned to the pavilion as the fifth batsman. Stokes hit six fours and two sixes in his innings of 55 off 121 balls.

After the stakes, Ashwin caught Pope by Shubman Gill and dismissed Pope. Pope scored 29 runs off 87 balls with the help of two fours. Ben Fox, who landed as the new batsman, was also caught by Ashwin by Ajinkya Rahane and sent to the pavilion. Fox scored one run, playing 12 balls. Lawrence then tried to sustain the innings by staying at the crease for some time but Akshar ended his innings by making stumps in the hands of Rishabh Pant behind the wicket. Lawrence scored 46 runs off 74 balls with the help of eight fours.