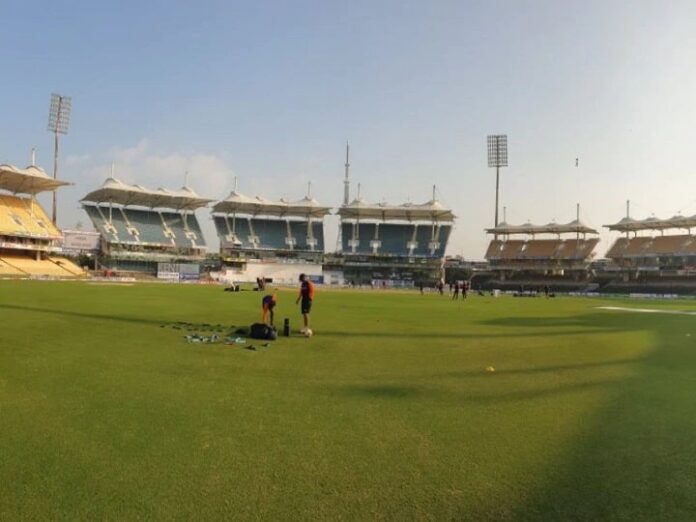 IND vs ENG 2nd Test: The first match of the four-match Test series between India and England was played on the red clay pitch of the MA Chidambaram Stadium in Chennai. In this Test, England captain Joe Root won the toss and decided to bat first and set a huge score of 578 runs in the first innings itself. The bowlers did not get any help on the first two days on this red clay pitch, but from the third day the pitch had changed completely. In the fourth innings, the Indian team was all out on this pitch at just 192. In such a situation, the Board of Control for Cricket in India has decided to play on the black clay pitch instead of Lal for the second Test.

Know how it will be

Please tell that the pitch of black soil pitch will be completely different from the pitch of red clay. Black clay pitch will be suitable for fast bowlers. Here the fast bowlers will get a lot of help with the new ball, as well as a lot of bounce in the pitch. In such a situation, both teams can place an extra fast bowler in their playing eleven. On this pitch of black clay, the ball of the fast bowler will come out very fast. This means that the ball will skid here. The biggest thing is that the ball will not turn much on this black clay pitch, in such a situation, the spinners may have to struggle a lot here. At the same time, red clay pitch is helpful for spinners.

For your information, let us know that after India’s defeat by 227 runs in the first Test, the Board of Control for Cricket in India has removed the PI curator of the MA Chidambaram Stadium in Chennai. Now the Indian team management is overseeing the pitch with local groundsman V Ramesh Kumar himself. However, Ramesh has never prepared a pitch for first class cricket before. But now Ramesh has been entrusted with the task of preparing a black clay pitch for the second Test between India and England from February 13.