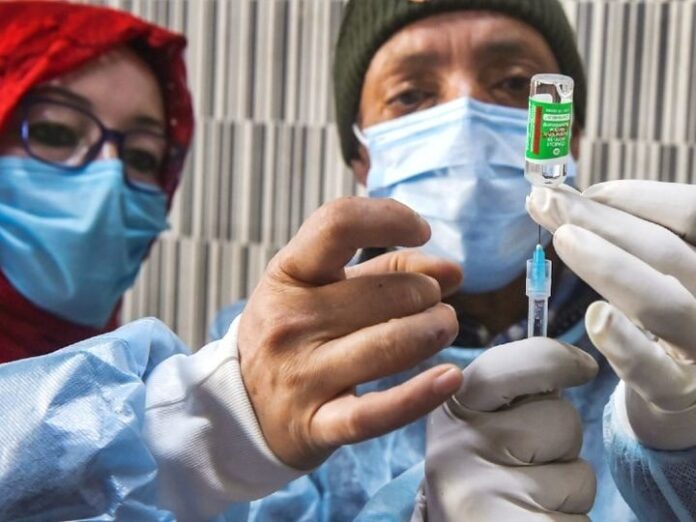 American company Pfizer on Friday withdrew the application given to the Indian government regarding the emergency use of the corona vaccine. It was reviewed by the Subject Expert Committee of the Drug Regulatory Authority of India on 3 February. The committee had asked the company for more information related to the trial. After this, the company decided to withdraw the application.

The company said that it will remain in touch with the Indian Authority and will apply for approval further. Pfizer is the only corona vaccine in the world that has been approved by the World Health Organization (WHO).

A .07% drop in the death rate is a
relief news that corona deaths in the country are declining. Death rate has dropped from 1.44% to 1.37%. Every day, less than 200 people are being killed. There are 15-16 states where there are no deaths due to infection.

The number of active cases of corona, ie, patients undergoing treatment, has increased to 1.48 lakh. This is the lowest in the past about 8 months. Earlier on June 12, there were 1.46 lakh active cases. Out of 29 states and seven union territories in the country, 20 have less than 1-1 thousand active cases. Only 6,450 patients are being treated in these states.

Advocate Amit Sawhney has written a letter to the Chief Justice of the Delhi High Court seeking extension of parole of prisoners above 65 years of age due to Corona. It states that since the highest risk is for older people, the parole of such prisoners should be continued even further.
According to the latest serow survey by the Indian Council of Medical Research (ICMR), 21.5% of the people in the country have become corona infected. The survey was conducted between December 17 and January 8. It included people 10 years or older.
The Sero survey included 28,589 people aged 18 years or older. Antibodies to corona were found in 21.4% of these people. Infection was confirmed in 25.3% of children aged 10 to 17 years. In villages 19.1%, while in urban slums 31.7% of the population has been infected. The presence of antibodies in the body means the person is infected or has become cured by becoming infected.
Under the Corona Vaccination Campaign, all healthcare workers will receive their second dose of vaccine starting February 13.
Status of 5 states
1.
158 new patients were found in Delhi state on Thursday. 165 people recovered and 7 died. So far, 6 lakh 35 thousand 639 people have been infected. Of these, 6 lakh 23 thousand 574 people have been cured, while 10 thousand 871 patients have died. There are 1194 patients who are undergoing treatment.

2. Madhya Pradesh
got 166 people corona infected on Thursday. 263 patients recovered and two died. So far 2.55 lakh cases have been reported. Of these, 2.49 lakh infected have been cured, while 3,818 patients have lost their lives. At present, there are 2,331 patients who are undergoing treatment.

3. On
Thursday, 275 people were found corona infected on Thursday. 430 patients recovered and one died. So far, 2.62 lakh cases have been reported. Of these, 2.55 lakh infected have been cured, while 4,392 patients have lost their lives. There are currently 2,700 patients who are undergoing treatment.

4. Rajasthan on
Thursday, 139 people were found corona infected. 192 patients also recovered. So far, 3.17 lakh cases have been reported. Of these, 3.13 lakh infected have been cured, while 2,770 patients have lost their lives. Currently, there are 1,639 patients who are undergoing treatment.