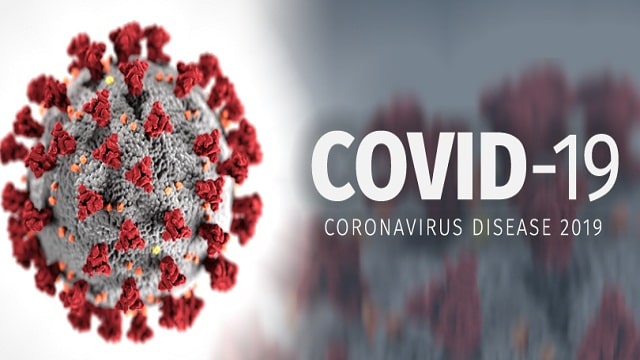 India has approved the trial of nasal vaccine. According to sources, Bharat Biotech has received approval from the Expert Committee for its first and second phase trials. It is expected that the vaccine trial will begin soon. Nasal vaccine is given through the nose.

Hyderabad-based company Bharat Biotech is currently manufacturing two nasal vaccines. One of these vaccines is being made with the School of Medicine of the University of Washington and the other with the American company Fluagen and the University of Wisconsin-Madison.

According to Dr. Krishna Alla of Bharat Biotech, only one dose of nasal vaccine will be required. It is necessary to take two doses of the vaccine currently being applied. According to research, nasal vaccine is better than injection.

So far more than 1 crore 5 lakh people have been affected by Corona. The good thing is that 96.64% of them, more than 10 million people have been cured. Compared to the world’s top 20 infected countries, the fastest corona patients in India are recovering.

206 days later, active case less than 2 lakhs
After 206 days, the number of active cases in the country i.e. the number of patients who are being treated has decreased to less than 2 lakhs. Now such patients in the country are 1.86% ie 1 lakh 97 thousand. Earlier on 26 June, there was a similar number. Since then, it was continuously increasing. On September 17, it reached 10.17 lakh. After this it declined.

Only 9972 patients were found on Monday.

On Monday, 9,972 new infections were identified in the country. 17,116 patients recovered and 137 died. The number of newly infected is the lowest since June 8. Then 8,536 patients were reported positive.

The first case of corona has come to light on Tuesday in Lakshadweep. According to the Health Ministry, the infected man reached Lakshadweep from Kochi on January 4. 31 people in his contact have been identified. Of these, 13 more people have reported positive. All have been quarantined.

Lakshadweep has a population of about 68,000. Till now this union territory had survived from this epidemic. People here were living a normal life. Now there are a total of 14 cases here.

Union Home Minister Amit Shah said that more than eight thousand Delhi Police personnel were infected with Corona. 30 died. Despite this, the Delhi Police did a lot of work to protect the people.

The central government has re-ordered 45 million doses of Kovaxin to Bharat Biotech. The news agency quoted sources as saying that about 8 lakh doses of it will be sent to India’s friendly countries for free. These friendly countries include Mauritius, Philippines, Myanmar.

India will gift 20 million doses of Corona’s vaccine KoviShield to Bangladesh. The consignment will be sent on 20 January.

The Supreme Court Bar Association (SCBA) has written a letter to Union Law Minister Ravi Shankar Prasad on Monday seeking to prioritize judges, advocates and judicial staff in the vaccination. The association said that due to this, the functioning of the court will be normalized soon.

The Punjab government has decided to open all public and private universities in the state from 21 January. Order has been issued for this. All universities have to follow the Kovid-19 rules. Face mask and social distancing are essential.

Status of 5 states
1. In the
state of Delhi , 161 people were found corona infected on Monday. 362 people recovered and 8 died. So far 6 lakh 32 thousand 590 people have been infected. Of these, 6 lakh 19 thousand 501 people have been cured, while 10 thousand 754 patients have died. There are 2335 patients who are undergoing treatment.

495 people were found infected on Monday. 700 people recovered and 2 died. So far, 2 lakh 56 thousand 367 people have been infected. Of these, 2 lakh 45 thousand 907 people have been cured, while 4367 patients have died. There are 6093 patients who are undergoing treatment.

4. In the
state of Rajasthan , 213 people were found corona infected on Monday. 626 people recovered and 3 died. So far, 3 lakh 15 thousand 394 people have been infected. Of these, 3 lakh 8 thousand 10 people have been cured, while 2750 patients have died. There are 4634 patients who are undergoing treatment.