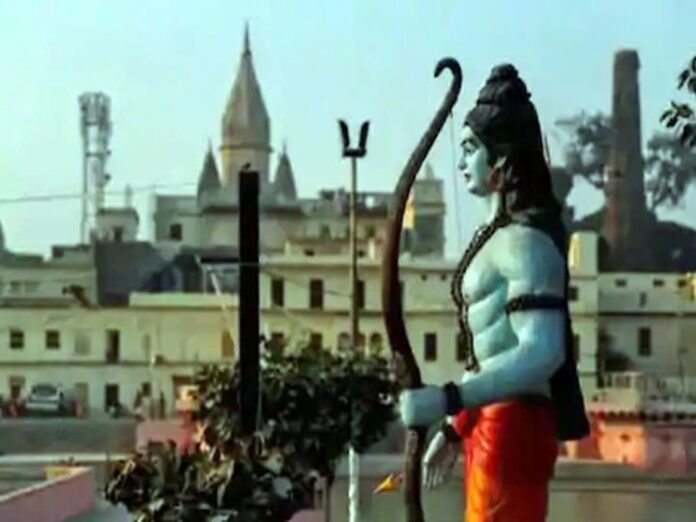 Ayodhya: ADG Zone SN Savat held an important meeting on Sunday in view of the security system of the growing number of visitors in Ram Nagri Ayodhya. All the big officers of the district were present in the meeting. The meeting was held in Manas Bhawan, in which a strategy was made to separate the security of Ramlala, the security of the temple construction work. All the jurisdictions of the district were also present in the meeting. The administrative staff discussed for hours about the security of Ram Janmabhoomi. Now the security arrangements of the seated Ramlala and the ongoing construction work in the Ram Janmabhoomi complex will be made separately.

Instructions to remain on alert,
watch towers and checking points will be extended in future as per the security arrangements. ADG Zone SN Savat held a meeting with all the jurisdictions at Manav Bhawan on Ram Ghat in which the security system of Dharmanagri will be further strengthened after the Delhi blasts. Also, the district police has been instructed to remain on alert regarding the panchayat elections.

Discussion on all issues
ADG Zone SN Savat, who arrived in Ayodhya to take stock of the security arrangements of Ramnagri, said that a meeting was called for discussions with DIG / SSP Deepak Kumar of the district and other officials of the district. Discussions have also been held in the meeting at present about how law and order, prevention of criminal incidents, preparation of Panchayat elections should be done.

Instructions to be vigilant
SN Savat said that on-site inspection of security system of Shri Ram Janmabhoomi temple complex has been done. The alert is going on after the blast in Delhi. Instructions have been given to be cautious. The Ram Janmabhoomi temple security plan is already in place. The temporary temple has shifted to a new location. Now the security system of the seated Ramlala will be different as well as the security arrangements for the construction of the Ram temple are being separated.