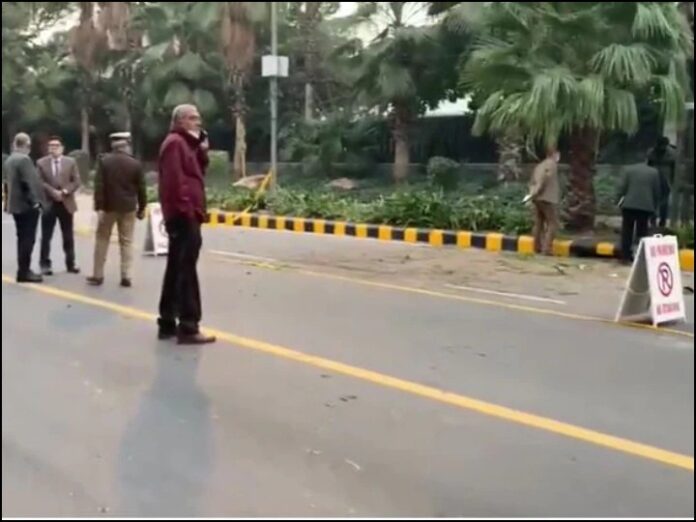 New Delhi: ID blast occurred near Israeli Embassy on Abdul Kalam Road in the capital Delhi. The blast occurred about 150 meters from the embassy. Delhi Police Commissioner SN Srivastava has said that the ID was hidden behind the pavement in which the explosion took place. However the good news is that there is no news of any casualties in this blast. Delhi Police has reached the spot and started investigation. The blast took place at around five past five minutes.

Beating the Retreat program is currently going on just two and a half kilometers from where the blast happened. After the incident, the entire area has been cordoned off by the Delhi Police.

Blast powder has been used in the blast in front of Kothi number six of Abdul Kalam Road. Three vehicles parked nearby were damaged in the blast. The glass of the vehicles are broken. In addition to the Delhi Police, Bomb Squad and Dog Squad have also been called to the scene. Sources say that black powder has been used in this blast. Delhi Police says the blast was of low intensity. It is feared that the bomb was hidden in a bottle.

NIA team reached the spot
After the bomb blast, the NIA team has also reached on the occasion . Police is searching for CCTV cameras installed nearby. Apart from Delhi Police, NIA has also started investigation.