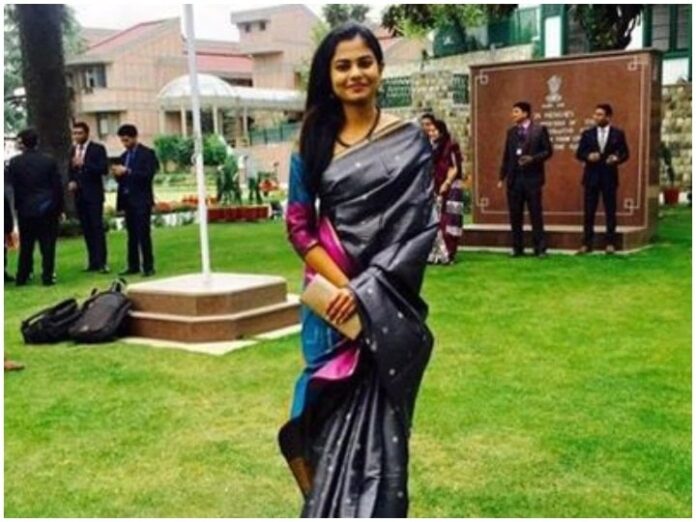 Success Story of IAS Topper Artika Shukla: We have known about many candidates who have been successful in UPSC so far. Some studies were averaged, some billows averaged and some toppers. Our today’s candidate Artika Shukla belongs to the third category. From school to college, Artika always topped every class. Understand that where she used to go, she used to come back only after becoming the winner.

Before coming to the field of UPSC, Artika has also passed MBBS and MD examinations which is a big achievement in itself. So why did Dr. Artika become an IAS officer? He answered these and many such questions in an interview given to the Delhi Knowledge Track.

Artika is originally from Varanasi and has two brothers besides her parents in her house. Artika had her initial education in Home Town but later shifted to Delhi. Artika has two elder brothers Gaurav and Utkarsh. Both of them also passed the UPSC exam. Gaurav is an IAS officer and Utkarsh is in IRTS service.

Artika did MBBS from Maulana Azad Medical College. After this, when she was doing MD from PGIMER, her brother Gaurav suggested to give IAS exam. Artika stopped the MD midway and started preparing for UPSC, for which she did not take any coaching but her brother helped her a lot. In studies, Brilliant Artika has always been selected with AIR 04 in her first attempt.

Preparation for pre and mains –

Artika started preparations for UPSC in the year 2014 and she believes that if properly prepared, then one year is enough to prepare for this exam. They started preparing together for pre and mains. Before pre exam, like she used to study for three hours then at that time she read only one hour for mains.

They believe that if you have read NCERTs till class 12 and keep a close watch on the happenings around you, then you can pass this exam. Prepare English well. Read the news paper regularly and do solve at least 20 to 25 test papers before the pre. Practice is done with them as well as its drawbacks.

Artika says start preparing for men with pre because its syllabus is very big. Also, try to improve your answers continuously to get good marks. Answer writing is the best way for this. As far as optional is concerned, choose the same topic that you have a grip on. Artika had chosen medical science.

The subjects are given very little weightage in the examination but they are very long and time consuming. However, they do not recommend this to other candidates. If you have time, then prepare one thing written in the syllabus. It is better if you do not take risk by doing selective study.

Artika says watch the interview of toppers, but make your own strategy according to your own, do not follow anyone blindly. This test is more of your determination than your knowledge, test of your personality. Many times during the preparation, you will feel scared, it will feel bad that you may feel that you have jumped into it after leaving a good life, but do not panic. It is quite normal and is mostly accompanied by candidates. Only when we are afraid, we are motivated to do more good and we get success.

If any of the mains paper goes bad, forget it and put it to life in the next paper. You cannot change what has gone bad, but you cannot spoil the rest of the paper by crying. So go ahead and take the test left with double enthusiasm. If you take care of these small but important things from beginning to end, then you will definitely get success.