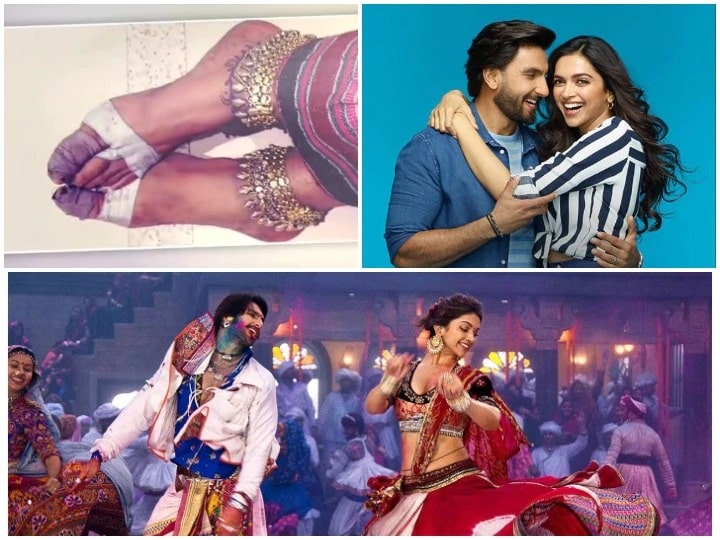 On the other hand, both of them have got respect and love for each other on many occasions. Actually, Deepika Padukone, who was stuck in the drug connection recently, had to face a very difficult time. During this, NCB also questioned him very hard. Throughout this period, Deepika and Ranveer had to face bitter criticism along with many bitter experiences. During this time, social media users made a lot of hate comments for this couple. Now after a long time, the counterattack of Ranveer Singh has come to the fore. Ranveer has shared a video from his Instagram account. At the same time, writing about Deepika’s difficult journey and her success, she has given advice to the tighteners.

Ranveer raging on those who have raised finger on Deepika,
actually a video of Ranveer is becoming viral on social media. In which Deepika’s feet are visible. Many bandages are tied on Deepika’s feet and the condition is looking very bad. Apart from this, in the video, Ranveer Singh is narrating the story during the shoot of the dance sequence during the film Ramleela. Ranveer says that Deepika had worked very hard in the shooting of this scene, even her legs were bleeding but she completed her work. In the caption of this video, Ranveer has written a very sharp edification. He wrote that whoever he is today is with his hard work and he has achieved it by his ability. You are no one to point fingers at them.

Talking about Deepika and Ranveer Work Front will be seen together in film 83 , this couple may soon be seen sharing the screen together. In Ranvir Singh’s next film 83, both of them will be seen playing the role of famous former Indian cricket captain Kapil Dev and his wife.