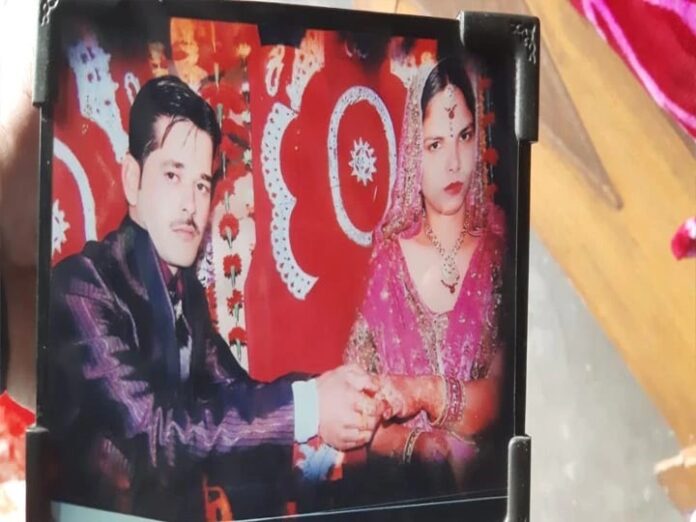 Baghpat: In the village of Wajidpur in Barot Kotwali area of ​​Baghpat district, a freak young man killed his wife several times with the handpumps in a drunken state. After the incident, the accused remained near the body for several hours. In the morning, when the accused informed the family about the incident, they caught the accused and handed them over to the police. Police has registered a case against three people, including the accused.

Dheeraj used to live separately with his wife Neelam from his family near Rajwave in Wajidpur village. The incident took place at around two o’clock in the night when, in a state of family strife and intoxication, Dheeraj stabbed his wife Neelam’s head with multiple blows and stabbed her to death, after which Neelam’s head bleed from the room. I spread very far. After the incident, the accused husband was present near the body till about six and a half in the morning. He then informed the people of his family about the incident. When his family saw the dead body of Neelam lying there, he caught Dheeraj and informed the police, after which the police reached the spot. The family handed over the accused to the police. The police arrested the accused and took the body of the woman in possession and sent it for postmortem.

Has an eight year old daughter

Significantly, 28-year-old Neelam is the daughter of Vijaypal, a resident of Chhaprauli town. Ten years ago Neelam was married to Dheeraj in Wajidpur village. Neelam also has an eight-year-old daughter. Neelam’s husband Dheeraj was arrested and the weapon used in the murder has also been recovered. People of Neelam’s maternal side also reached Wajidpur and were aghast after seeing the daughter’s body. During the incident, Neelam’s daughter had gone to her maternal home for several days. The case has been filed by Neelam’s father Vijaypal against Dheeraj and his elder brothers Neeraj and mother-in-law Amaresh.

CO, Barot Alok Singh said that due to house collision in Wajidpur village, a husband has killed his wife. The police reached the spot in the morning when he got the information and sent the body for postmortem and it has been learned that the husband has hit his wife’s head with a tap handle in Grihakalesh, who died due to injury. is. The husband is arrested. Action is being taken against her husband on the basis of Tahrir.