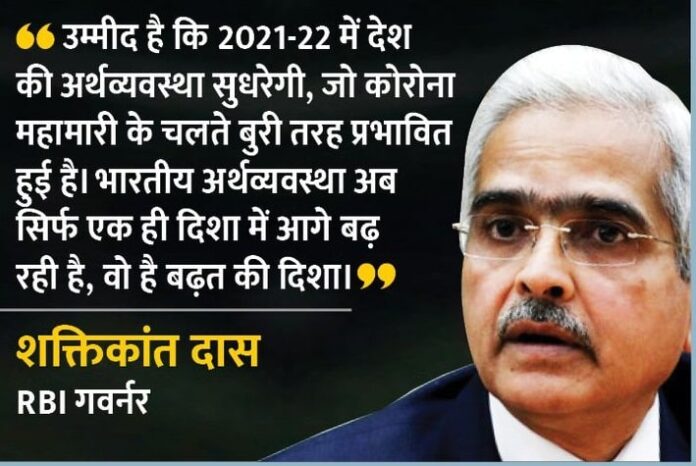 If you have taken home loan, auto loan or any kind of loan then it will not be cheap right now. This is because the Reserve Bank of India (RBI) has not changed the interest rates. The Reserve Bank’s Monetary Policy Committee (MPC) has retained the repo rate at 4% and the reverse repo rate at 3.35%. Here, RBI Governor Shaktikanta Das has projected a growth of 10.5% in gross domestic product (GDP) for 2021-22.

The rate at which banks pay interest on taking loans from RBI is called repo rate. At the same time, the interest received by banks on keeping their savings with RBI is called reverse repo rate. The RBI decides on interest rates every two months. This work is done by the 6-member Monetary Policy Committee (MPC). This decision was taken in the MPC meeting held from 3 to 5 February after the budget was presented on 1 February.

Expert said – inflation can be relieved
ICICI Securities Senior Economist Angha Deodhar said that the decision of MPC was as expected. This may bring relief from inflation in the coming days. Overall, the decision of the MPC is good for growth and financial stability.

Foreign Investors Relying on Domestic Economy
RBI Governor Shaktikanta Das said that foreign investors are trusting the Indian economy. As a result, FDI and FPI investment flows have steadily increased in recent months. At the same time, the retail inflation rate (CPI) for the fourth quarter of the current financial year is estimated to be 5.2%, as against the earlier estimate of 5.8%.