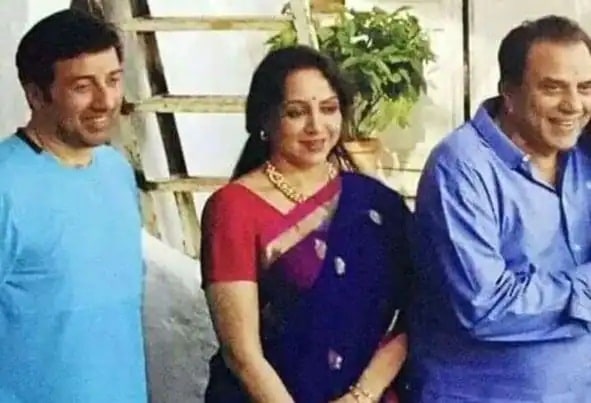 The world is aware of the love story of Hema Malini and Bollywood superstars. Everyone knows that Dharmendra was married before marrying Hema. But the fans are always excited to know what is the relationship between Sunny and Bobby with their step-mother Hema. Hema first talked to Madia about this when she launched her biography.

Hema said this to Sunny

Hema had told the media during that time that, everyone thinks what kind of relationship we are having, but let me tell you that it is very beautiful and amicable. Whenever there is a need, Sunny always stays with Dharam ji. While remembering his accident, he said that, when this incident happened to me, Sunny was the first person who came to meet me. He spoke well with the doctor and asked if everything was okay.

The most important anecdote of life told in the book

While sharing an anecdote of her life in her book, Hema has told that, there was a time when I was going to marry a secret with Jeetendra and both families had reached Chennai for marriage. But do not know how in Jeetendra Ki, she had narrated an incident when she almost married Jeetendra. She mentioned that Shobha and Dharmendra got engaged. After that both of them also reached Chennai. So that can stop the marriage.